A Cayuga County Legislature committee Tuesday voted against approving a land development agreement for a 6.5 megawatt solar power project on property near the Cayuga County Jail.

The Legislature’s Ways and Means Committee defeated a proposed solar panel array from developer Abundant Solar by a 3-3 vote. The project was previously approved at the August meeting of the Public Works Committee before being tabled at that month’s Ways and Means meeting.

The project from Abundant Solar Power centers around a land development agreement, with a 25-year lease, for a 35-acre piece of county land at the Natural Resource Center at 7445 County House Road. 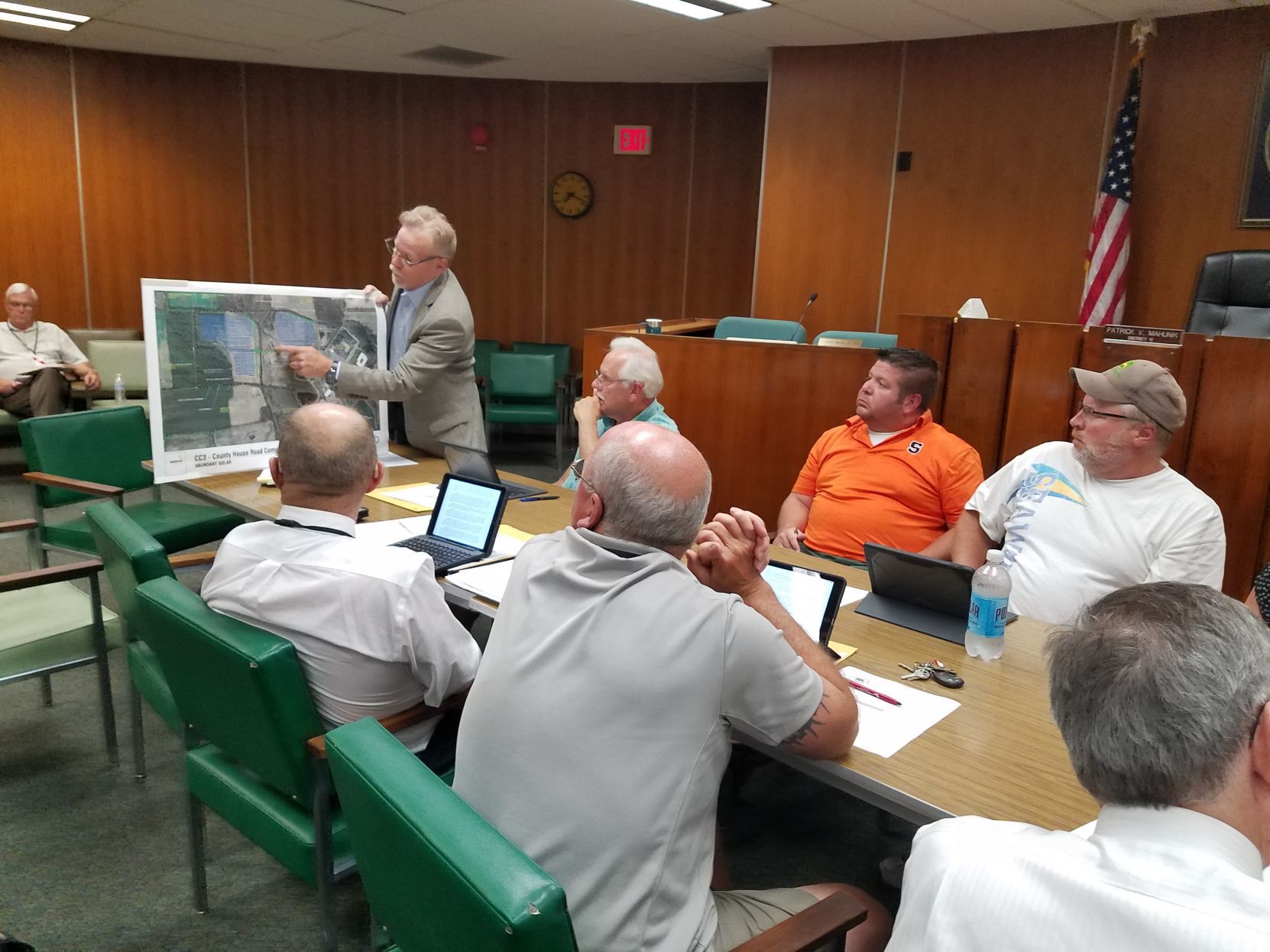 Besides Abundant, which would actually build and own the array, the project was developed partly by the Central New York Regional Planning and Development Board, of which Cayuga County is a member.

The project is part of the board’s Solarize CNY Initiative that works to identify feasible municipal solar projects in the region.

25 mins ago
Thousands of meals will be delivered this week to children enrolled in each of Seneca County’s four school districts.  Among ... MORE