The Yankees maintained their confidence while Gary Sanchez and Luis Severino scuffled through the second half of the season, believing that their track records pointed toward better performances ahead. That faith was rewarded on Tuesday evening, boosting hopes that the pair of “Baby Bombers” could be turning the corner. 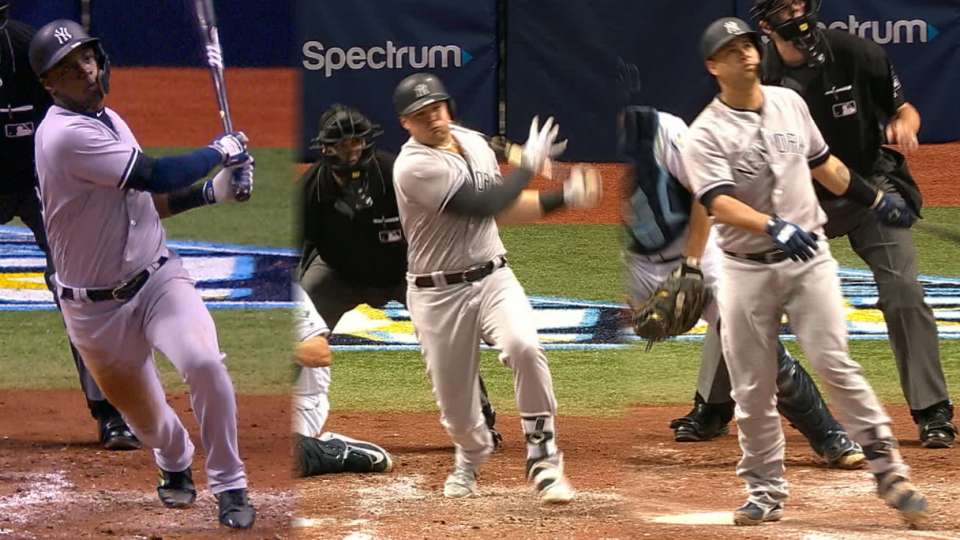 Sanchez enjoyed his first four-RBI game since early April, homering as part of a seven-run third inning, and Severino reclaimed some of his swagger by earning his 19th victory with five effective innings as the Yankees rolled to a 9-2 victory over the Rays at Tropicana Field.