Masahiro Tanaka pounced off the mound to snatch a soft comebacker, whirled and fired errantly into center field, a rare miscue for a pitcher who is perennially one of the better fielders on the Yankees’ staff. He wasn’t the only one pressing as the club closes in on securing home-field advantage for the American League Wild Card Game. 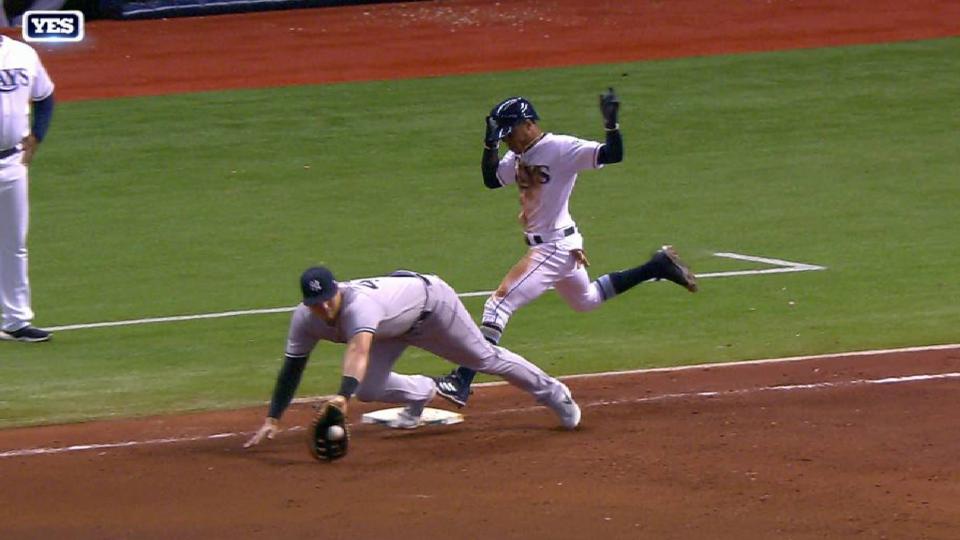 Tanaka quickly gave back the gains from Neil Walker’s first-inning, three-run homer, then served up a go-ahead homer to Tommy Pham as the Bombers’ bats mustered no further support until a four-run ninth-inning rally came up just short. Yonny Chirinos fired four scoreless innings to pace another bullpen effort from the Rays, who handed the Yankees an 8-7 defeat on Wednesday evening at Tropicana Field.