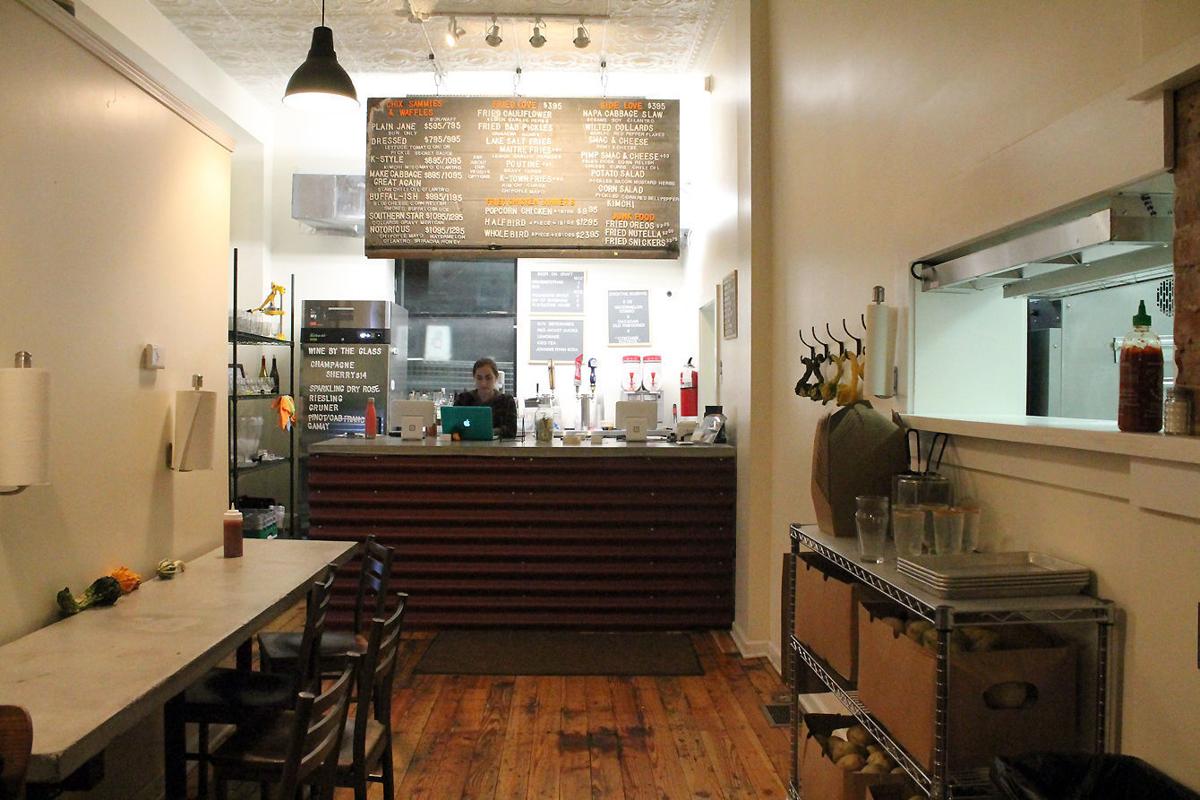 Add fried chicken to the ever-increasing list of lunch options in downtown Geneva.

F.L.X. Fry Bird, which has been serving up the venerable American dish on Linden Street for five months, is adjusting its hours and adding lunch.

Until now, F.L.X. Fry Bird has been a place for dinner and a tasty answer to late-night hunger pangs.

D’Amico said starting Monday, the small restaurant will have new hours. They’ll be open from 11:30 a.m. to 9 p.m. Sundays, Mondays and Thursdays, and 11:30 to 1 a.m. on Fridays and Saturdays.

She said they decided to keep the late nights on Fridays and Saturdays to cater to Hobart and William Smith College students and those out for music and drinks.

“It kind of didn’t make sense to stay open (late) on the other nights,” said D’Amico, who has been working for F.L.X. Fry Bird’s owners — the husband-and-wife team of Christopher Bates and Isabel Bogadtke — for about a year.