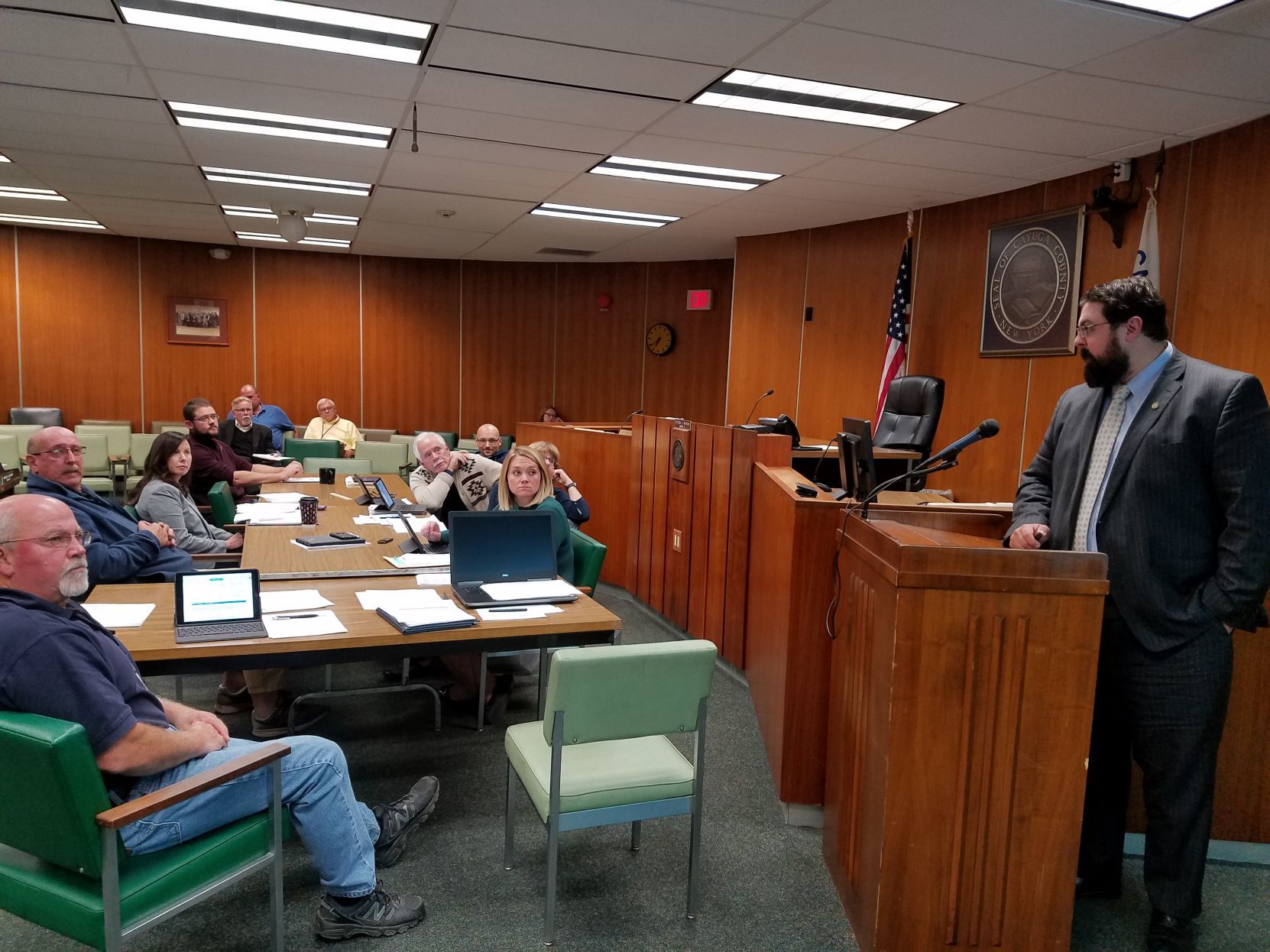 The Cayuga County Highway Department and several other departments responsible for county facilities and infrastructure will be reorganized into a single unit.

The Cayuga County Legislature last week voted to create a Department of Public Works, which will combine the highway department, buildings and grounds department, parks and trails; and weights and measures into a single administrative structure.

According to a memo prepared by County Administrator J. Justin Woods, the only cost of the change is an approximately $20,000 to $30,000 increase for the position of Director of Public Works that would oversee the entire department.

Woods said the new structure would allow through increased efficiency through cross-training for employees, the ability for workers to jump between departments as needed, and a streamlined administrative structure.

Effectively, the director position would replace what is now the highway superintendent position, currently filled by Acting Superintendent Dan Bowen.

The superintendent position is currently budgeted for $78,000, and raising the salary for the new director position to between $85,000 to $110,000. That would bring the position in line to what several peer counties pay their superintendents, but with the additional responsibilities of the new department, Woods said.