Redshirt junior Elijah Hughes led Syracuse with 21 points and five rebounds in an 89-52 victory against Le Moyne in an exhibition game at the Carrier Dome on Wednesday night.

Hughes, who had 16 of his 21 points in the first half, was 7-of-9 from the field, including two three-point field goals, and was 5-of-5 from the free throw line. 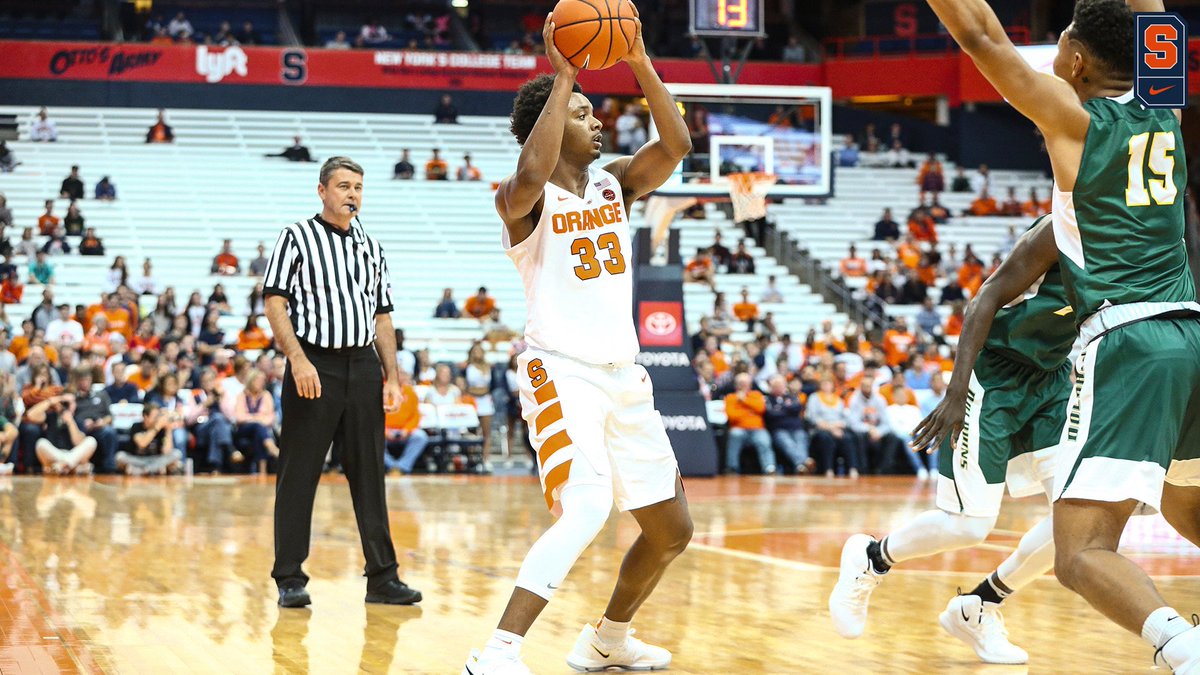 It starts for real Tuesday night at the Dome! pic.twitter.com/O5d5zy4Wu9

Tickets can be purchased on Cuse.com, by calling 1-888-DOMETIX or at Gate B of the Carrier Dome. Fans can also watch the game on ACC Network Extra.

Back in the Dome Wednesday night!