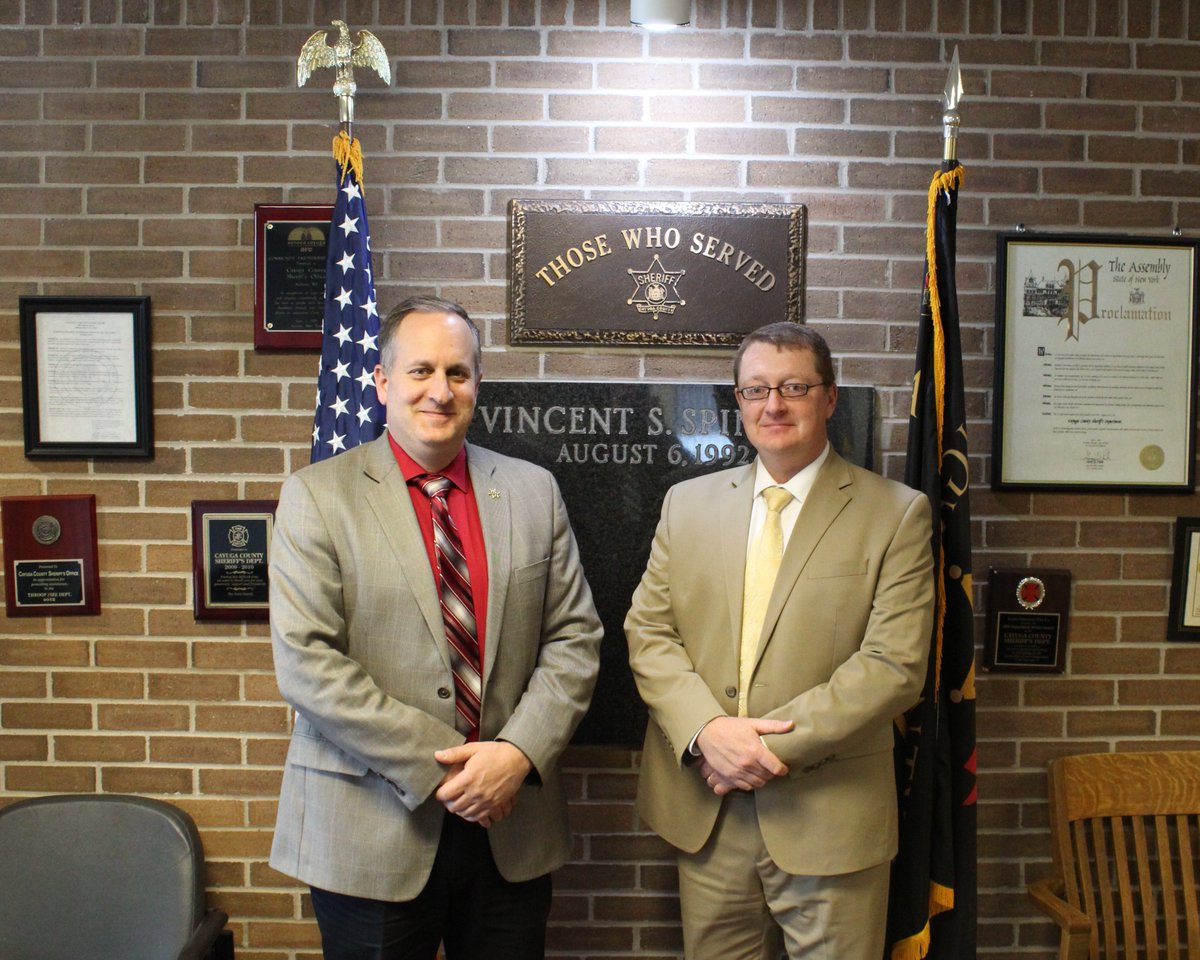 Cayuga County Sheriff-elect Brian Schenck has named his undersheriff for the upcoming term.

In a statement to the media on Thursday, Brian Schenck announced that Detective William ‘Steve’ Smith was asked and accepted the role.

“As Sheriff–elect I have begun working to transition into my new role here at the Sheriff’s Office on January 1st of 2019. I have asked Detective William “Steve” Smith to serve as my Undersheriff when I take office and he has confirmed that will accept this appointment.

It is also clear to me that he believes strongly in our mission to secure a safe community and maintain the trust and respect of those we serve by providing responsive, caring, and professional Law Enforcement, Correctional, and Civil Enforcement Services.

I look forward to partnering with Steve and all of the members of our Sheriff’s Office in the future to serve the residents of Cayuga County.”