Evan Rodrigues had a goal and an assist in Buffalo’s four-goal first period, and the Sabres extended their NHL-best winning streak to seven games Wednesday night with a 5-2 victory over the Philadelphia Flyers. 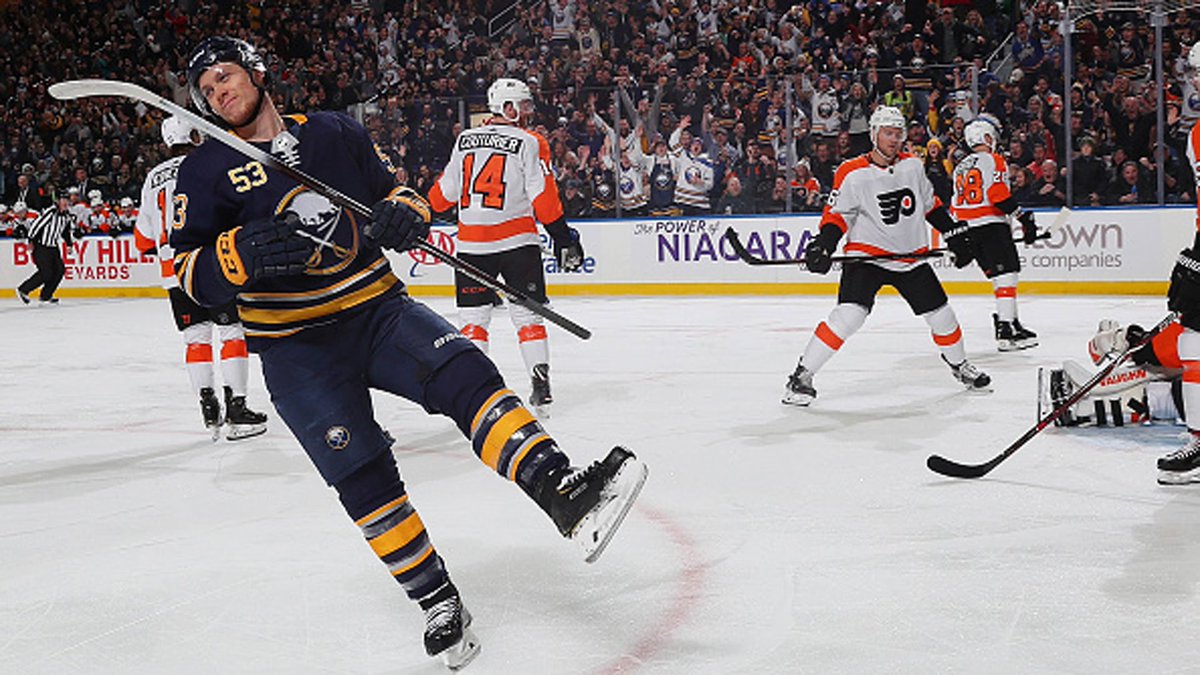 Jeff Skinner, Tage Thompson and Johan Larsson also scored in the opening period for the Sabres. Sam Reinhart added an empty-net goal in the third, and Carter Hutton made 23 saves.