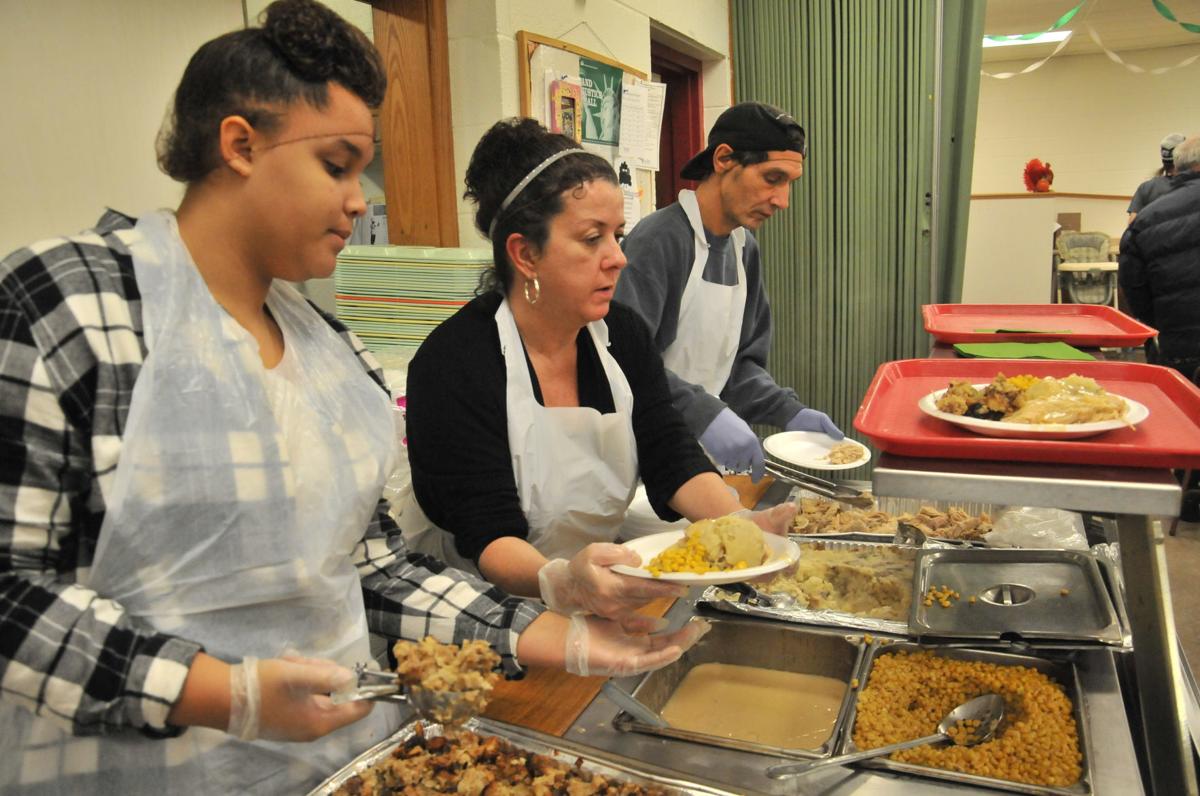 The Salvation Army of Auburn welcomed nearly 200 people to its annual outreach dinner Thursday as part of its Thanksgiving Day works that included delivering approximately 1,000 meals throughout the community.

In addition to the meal at the charity’s headquarters in the city, volunteers also delivered approximately 1,000 meals to anyone who needed one at places like the Boyle Center, Schwartz Towers, the Frank Calimeri Veterans’ Post, and more.

Advisory Board Chair Tim Donovan said the holiday is meant to be about gratefulness, and joined the major during a pre-meal prayer to remind those gathered that everyone has something to be grateful for.

For Donovan, he was especially grateful for all the volunteers that came to give back to the community.

“Without the volunteers this wouldn’t happen,” Donovan said. “They show up with a big heart, an open heart.”