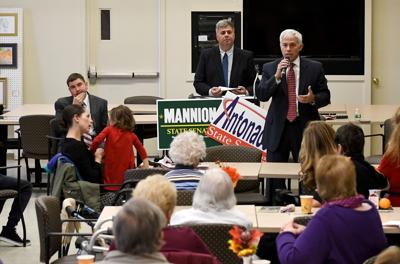 Bob Antonacci was the apparent winner of the 50th Senate District on election night. Now, the Republican is officially the senator-elect.

Antonacci tweeted last week that he is “humbled by the opportunity to represent the 50th.” He announced a series of meet-and-greets in the district. The first is 6 p.m. Monday at DeWitt Town Hall. Other forums will be held Dec. 3 in Clay and Dec. 7 in Skaneateles.

In a statement, Mannion said, “People took the time to complete absentee and provisional ballots. Those votes count just as much as those cast on Election Day. I am very proud of the work of our campaign team and our amazing volunteers that were a force for making sorely needed positive change in our country’s politics.”

50 mins ago
Family of a 16-year-old who was involved in a hiking accident earlier this week say he has died. Blake Driskell, ... MORE

44 mins ago
The Penn Yan man accused of sexually abusing a child is facing new charges, as the investigation continues. Police say ... MORE