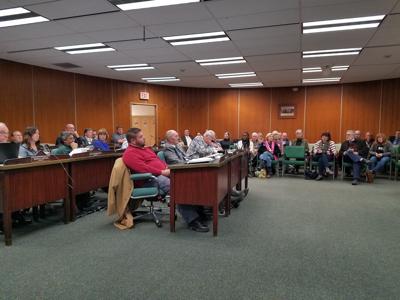 A marathon session of the Cayuga County Legislature Tuesday ultimately ended with the passage of a 2019 operating budget with a total tax levy of $40.61 million.

The approved budget includes a total tax levy of $40.61 million, a 2.06-percent increase over 2018, with a fund balance draw of $838,475. To reach the lower levy, Legislators made $133,919 worth of cuts from the previously approved preliminary budget.

Legislator Timothy Lattimore, R-Auburn, proposed the reduction for CEDA, saying it was his belief that the county did not have sufficient grant writing capabilities for economic development and was not getting its money’s worth with CEDA.

“We can do it in-house better and cheaper,” Lattimore said.