The metrics, methods — and money — involved in snow removal were presented at Thursday’s city council meeting in Auburn. 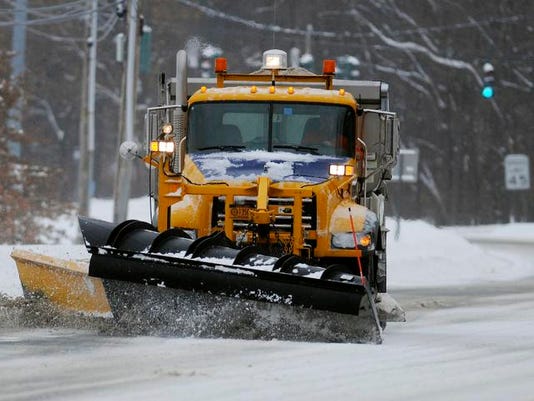 To sufficiently clear the city of snow, 15 plow drivers operate 15 plow trucks at all times, Talbot said, and laborers work on a three-shift system.

Acknowledging some people may have to shovel out the end of their driveways, Talbot said his team is “not picking on anybody” and that “that’s just how we plow snow.”

This year’s total snow removal budget amounts to almost $270,000. A large portion of that budget is spent on salt.

According to Talbot, salt costs $53.40 per ton this year — a 22 percent jump from last year. Fortunately, computerized salt spreaders and salt leftover from last winter can help fight that cost. Talbot said salt usage is closely monitored not only because of its price, but because of its environmental impact.