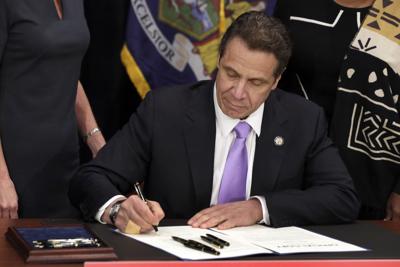 For some New York workers, the final phase of the state’s minimum wage increase will take effect on Monday, Dec. 31.

The minimum wage for employees of New York City businesses with 11 or more employers will rise from $13 to $15 an hour. This will complete the three-year phase-in of the $15 minimum wage, which was agreed to by Gov. Andrew Cuomo and state lawmakers in 2016.

For the rest of the state, including upstate counties, the new minimum wage will be $11.10 an hour, an increase of 70 cents. The minimum wage for the remainder of New York will rise to $12.50 at the end of 2020.

The $15 minimum wage will be in effect for New York City fast-food workers, too. The wage floor for fast-food employees is also being phased in over a three-year period, at least for those in New York City. Before the scheduled increase Monday, the minimum wage was $13.50.