On Friday at approximately 1:18 p.m. the Manchester Fire Department was dispatched to a reported house fire at 59 Canadice Lane.

Upon arrival first responders reported smoke and flames coming from a mobile home. The fire was reported to the Ontario County E-911 Center by the owner and occupant.

By 2:02 p.m. the fire was brought under control. However, one firefighter had to be transported to a local hospital for a laceration to the head.

The owner’s dog also got out of the home safely before the fire became too intense.

Investigators say the owner was working on a hot water heater when it caught fire, and caused a burn to his head. The owner was transported to an area hospital by ambulance.

The fire remains under investigation, but investigators confirm that the fire originated in the area of the hot water heater and was related to careless action by the owner and occupant. 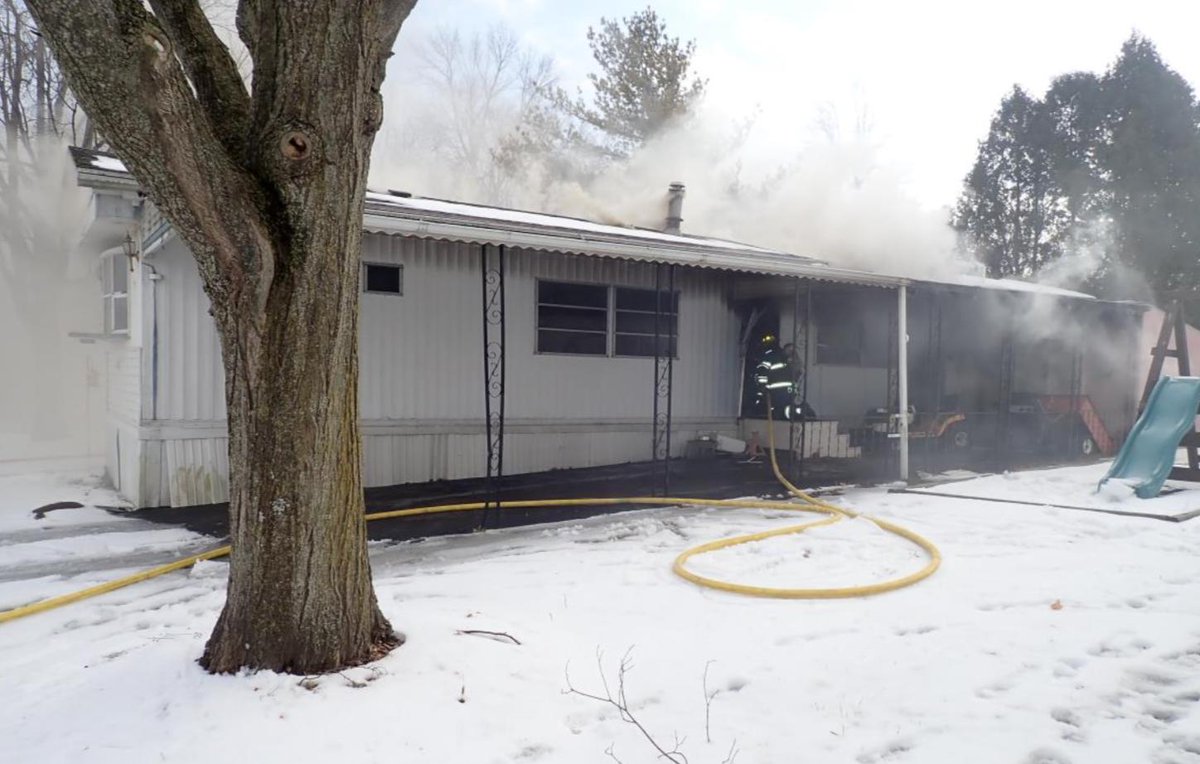 14 hours ago
The Ithaca Police Department say a suspect is in custody after an extensive hate crime investigation connected to anti-Semitic vandalism ... MORE