A project that some may consider an eyesore on the Canandaigua Lake shoreline may finally be completed. 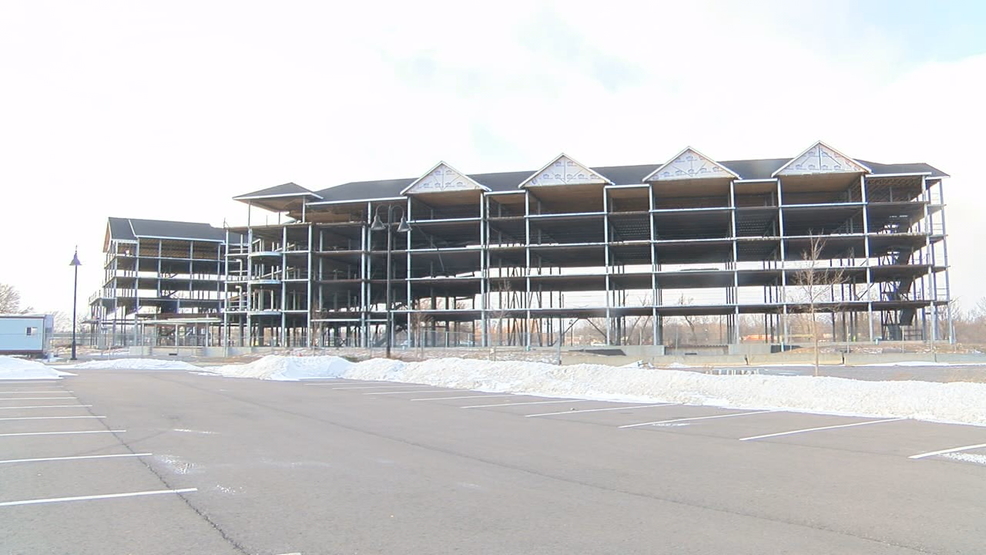 On Monday, developers proved they have the funding to get the stalled project moving again. Now, it’s up to the county to approve their funding plans.

People could see construction start up again along the lakeside property as early as next month.

The project was stalled for about four years. What sits on the property now is a shell of metal beams. It could be the motivation needed to get the project going again.

“It feels good to be this close and everyone is working together,” said Bob Murphy, developer of the project.

He said they are now closer than ever to completing the project. City leaders said they were presented a commitment letter from a bank to secure funding for the Finger Lakes Resort and Hotal project.

Murphy said he’s hopeful construction will continue next month. It was put on hold in 2015 because of a lack of funding.

“We just have to look through some more due diligence items,” said Barry Carrigan, attorney for the Ontario County Industrial Development Agency staff.

Before giving developers the final green light to continue construction, city leaders said they still have a few items on the list to check off.

“We think that the fact that a lot of private capital is coming this way between both projects is a wonderful thing for the county and community,” said Mike Manikowski, Director of Ontario Office of Economic Development.

The idea is to turn the lakeside property into 100 hotel rooms, a conference center with condos, a restaurant, and a spa.