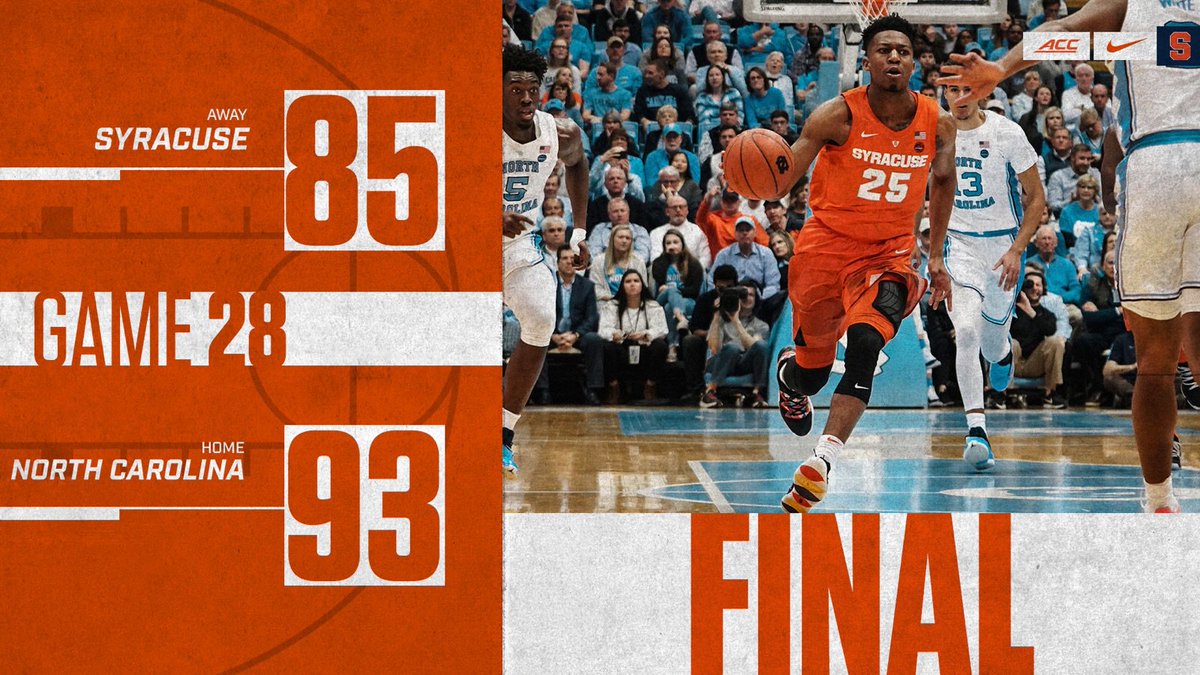 Battle and the three additional Syracuse players who notched double-digit points – Elijah Hughes, Frank Howard and Oshae Brissett, accounted for 65 of the Orange’s 85 points. Hughes had 15 points, all of which came in the first half, while Howard and Brissett contributed 11 and 10, respectively.

Syracuse was unable to halt Coby White’s career night that included 34 points and a perfect 10-of-10 performance at the free throw line.

Syracuse will face its third consecutive ranked opponent when it travels to Chapel Hill, N.C. to face No. 5/5 North Carolina. Tip off in the Dean E. Smith Center is set for 9 p.m.

The game will be broadcast on Raycom Sports, including WSTQ in Syracuse. Click here for a list of affiliates carrying the game. Live video will also be available on www.theacc.com as well as ACC Network Extra (subject to blackout). Fans can also listen to the radio call on the Syracuse Sports Network From Learfield IMG College.