Despite a demoralizing loss to the Clemson Tigers on Saturday, the Syracuse Orange men’s basketball team still wound up being the No. 6 seed in the 2019 ACC Tournament.

SU’s 10-8 record bested Louisville’s by way of a head-to-head tiebreaker. It’s the best seed the Orange have received since their first year in the conference in 2013-14, when they finished second (only to lose to NC State in the quarterfinals).

Since joining the league, it’s been well-documented that Syracuse hasn’t played well in this event, going 0-3 over the first four years — including a self-imposed ban in 2015 — before beating Wake Forest last March and going 1-1 overall with a loss to UNC in the quarterfinals. Read More at NunesMagician.com 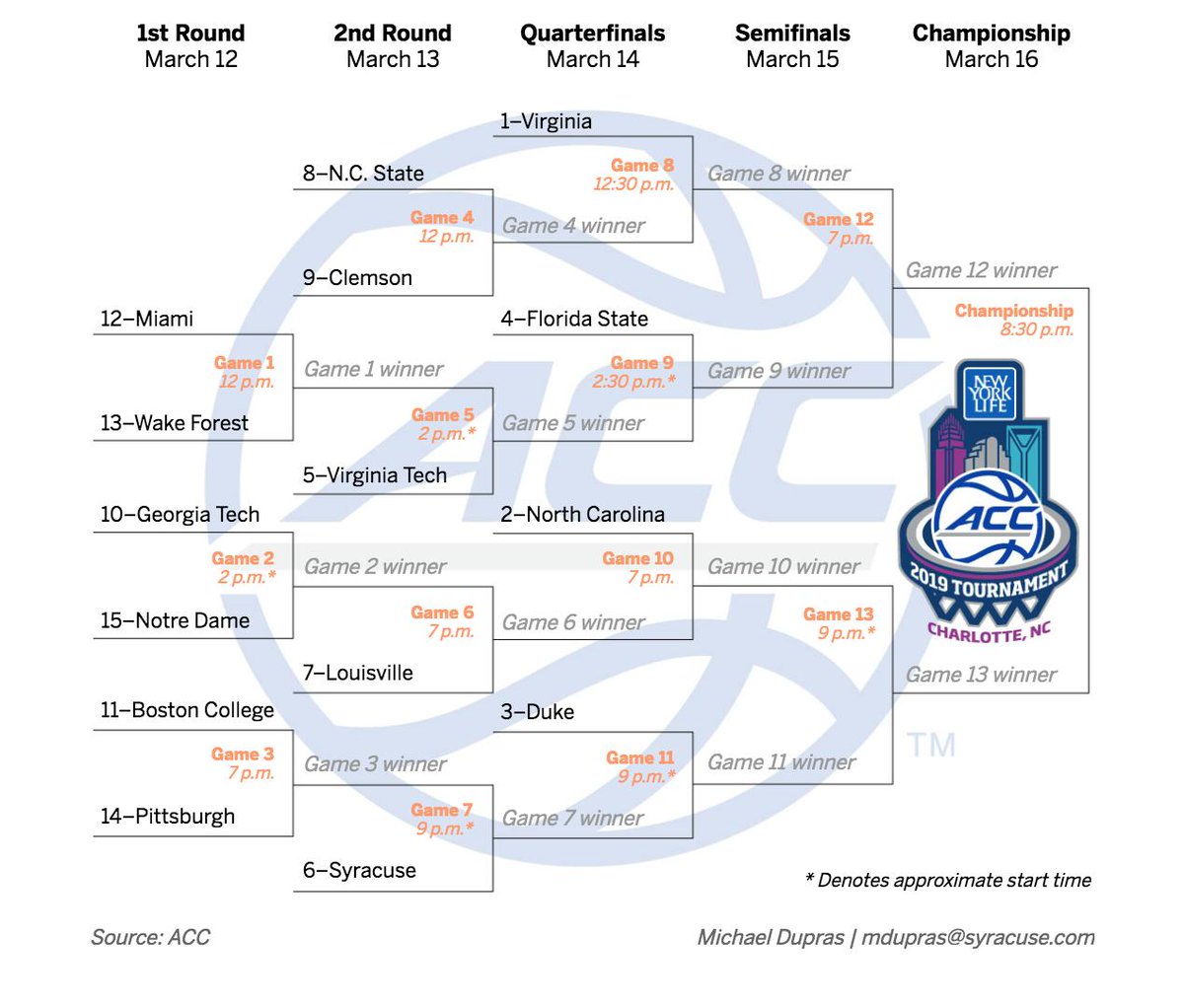