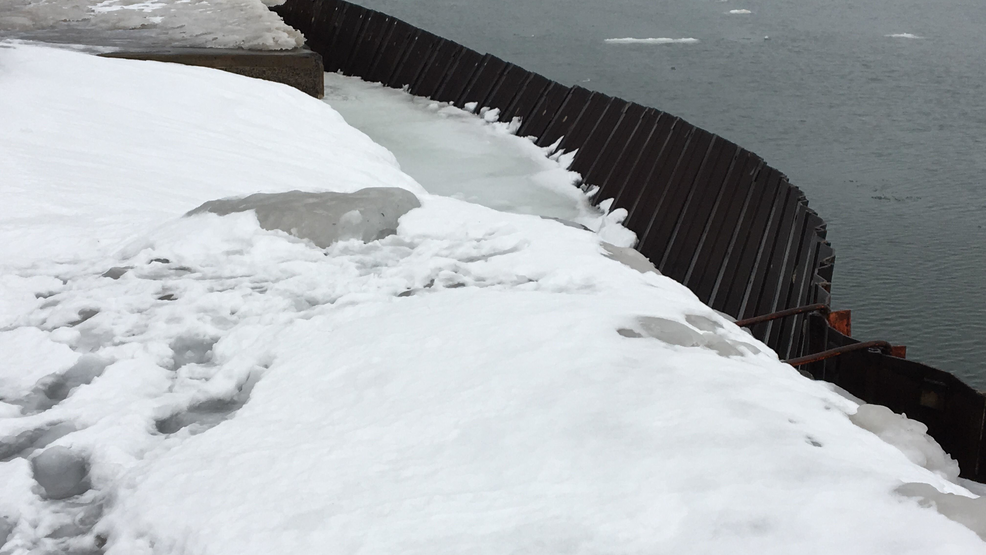 Medaugh has been capturing photos of this break wall coming apart, along the West Barrier Bar Pier.

He says, the worst of it came at the end of February.

“When we had that major windstorm and that’s when I got the photos of the water just pouring into those and just pulling it out,” said Medaugh.

He posted on his photography company’s facebook-urging people to reach out to lawmakers to push for emergency funding.

It’s something the village Mayor James Basile is hoping for.

“This is our access to Lake Ontario, and it is kind of the lifeline of the bay,” said Basile.

Basile says, businesses took a big hit in 2017, and the thought of this shutting down is hard to deal with.

“To have the channel not be open, could compound that issue of what it could do to our local economy, what it could do to our tourism. People will start to second guess coming up here,” said Basile, “We’re hoping that they’re going to take immediate action, find the funding for engineering, and funding for the repairs and get that done this spring.”

While it’s unclear what will happen, Kyle says his home won’t thrive unless this gateway stays open and the pier gets repaired.