Tyus Battle will leave Syracuse and enter the NBA draft, a source close to the junior said Friday.

Battle, a 6-foot-6 guard, had been expected to make this his last season with the Orange. Battle entered his name in the NBA draft last year but decided to return to school.

Battle led Syracuse in scoring in each of the last two seasons. He averaged 17.2 points per game this year.

With his decision to leave, Battle ends his career at No. 16 on Syracuse’s all-time scoring list with 1,647 points. 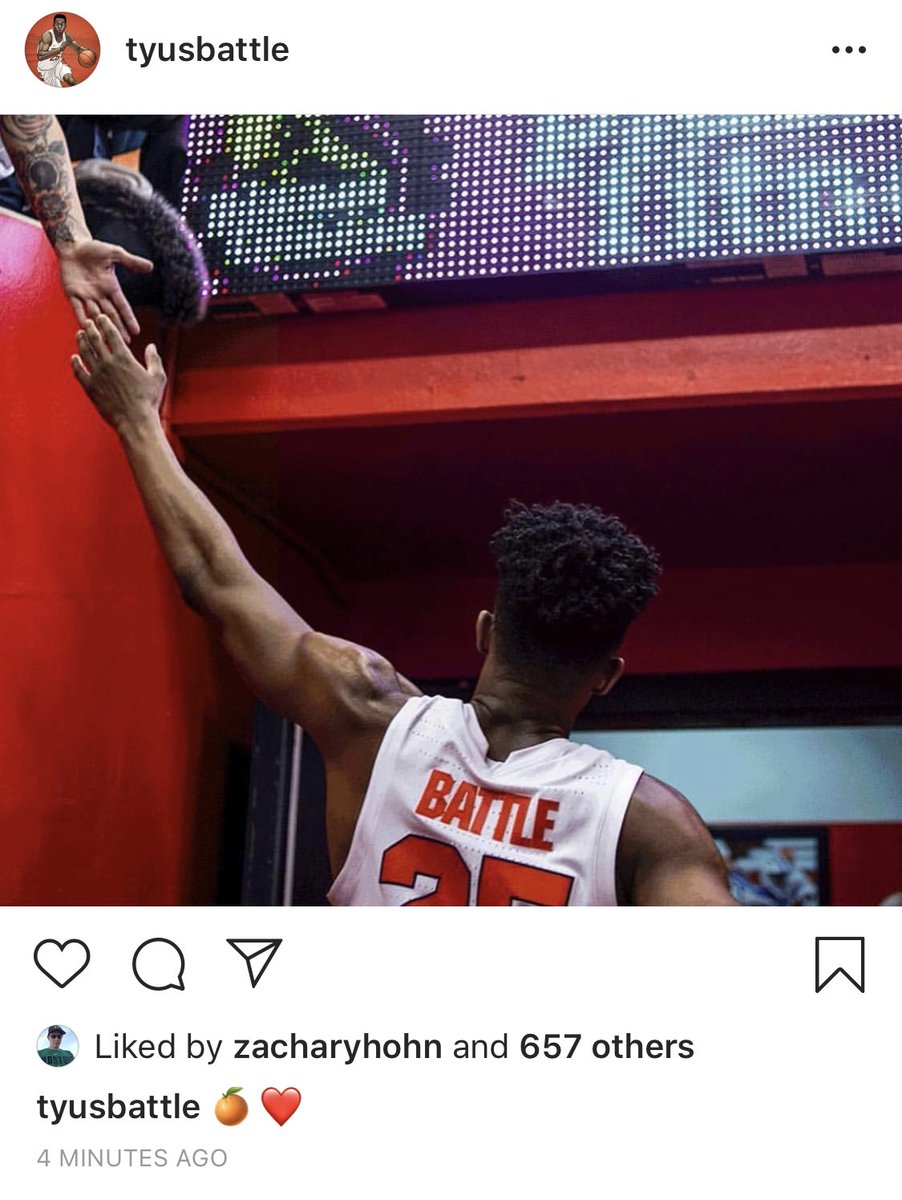 Thank you Tyus Battle for all the fun and memorable moments that you have provided us Syracuse fans with! Hoping you achieve nothing but success in your future endeavors 🍊@tyusbattle1 pic.twitter.com/b0jNtOu2p3

4 hours ago
Governor Andrew Cuomo spoke again on Monday about rallies and protests around New York and the United States over the ... MORE

19 hours ago
Hundreds gathered in Geneva on Sunday night for the George Floyd protest, which highlighted the need for systemic change in ... MORE

10 hours ago
The Wayne County Sheriff’s Office is investigating a fatal one-car crash that happened on State Route 31 in the town ... MORE

4 hours ago
Judge Craig Doran announced on Monday that courts in Geneva would be closing early due to the threat of planned ... MORE