Neighbors within the mile of the main entrance for Watkins Glen International were recently approached by Woodstock 50 coordinators about their property.

The Hughey family owns just over 300 acres of land off of County Route 16.

Dee Hughey, the landowner, said she was offered a sum of money she didn’t want to disclose to use her land for off-site parking.

Event coordinators told 18 News they have been looking for off-site parking due to the style of Woodstock 50.

They said it’s a camping festival, specifically car camping, in turn requiring a capacity of about 27,000 camping spots at the track.

The event will consist of a variety of camping styles including tents, cars, RVs, yurts and tiny houses.

Woodstock 50 said they want to encourage guests to stay onsite at WGI for the festival days due to the lack of hotel infrastructure in the area.

It will also consist of three main stages and a smaller side stage primarily for acoustic bass artists.

Amanda Pelman, one of the coordinators of Woodstock 50, said the physical footprint of having three massive stages takes up a lot of space at the WGI track, therefore, they have turned to adjoining neighbors to lease land for off-site parking.

“We’ve been approached and are working with them but haven’t confirmed until all information is available about what the family may allow on the property,” Hughey said.

Down the road of the Hughey family is John Cecci who owns about 32 acres of land for the Apex Inn.

“They had approached us to see if we were interested in leasing to them the back 20 acres for off-site parking,“ Cecci said. “They would provide shuttle buses to bus the spectators from their cars up to the track.“

He said this was the first time he had been asked about leasing his land for a festival like this at WGI.

Woodstock 50 said its due to the camping style that will take up parking spaces at the track.

The style of Woodstock 50 also adds to the fundamentals of the festival itself.

Pelman said the festival will be 50 percent about the music and the remaining half about environmental sustainability and activism.

“We will have some aggressive marketing work to encourage carpooling as an environmental initiative,” Pelman said. 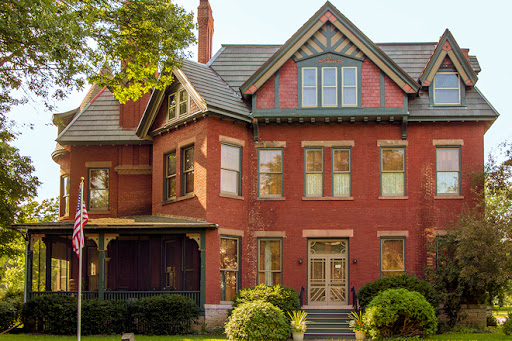 9 mins ago
The Seneca Falls Historical Society has created an internship program for the summer in honor of a woman who devoted ... MORE