The Sierra Club and others filed suit this week against Hakes C&D Landfill Inc. and Town of Campbell in a bid to block the privately-owned Steuben County landfill’s proposed expansion.

Petitioners argue that both the town and the state Department of Environmental Conservation failed to take “hard look” at evidence of radium and radon in the landfill, as required under the State Environmental Quality Review Act.

Hakes, located about five miles northwest of Corning, is the state’s second leading recipient of drill cuttings from natural gas wells in Pennsylvania, which petitioners point to as the likely source of radioactive substances detected in the landfill’s leachate.

Oral arguments in the case are scheduled for May 20 in Steuben County Supreme Court in Bath before Justice Robert Wiggins of Livingston County.

“Unfortunately, I cannot comment on any pending litigation, and I can’t say when we would file a formal response,” said Joe Fusco, vice president of Casella Waste Systems, which owns the landfill.

According to the petition, the DEC has not yet received an application for the state permits required for the landfill expansion. Nevertheless, the agency initiated an environmental impact statement process in April 2017 when it said such an expansion might have an adverse impact on the environment.

Sierra Club has repeatedly challenged the scope of that process, saying it has failed to seriously consider hard evidence about elevated levels of radioactive elements.

In the face of those concerns, the DEC issued a final supplemental environmental impact statement for the project in December.

Earlier this year, the Town of Campbell approved a zoning law amendment that benefitted the landfill, as well as a pair of environmental findings that drew on the DEC’s December FSEIS document.

The petitioners allege that the DEC has failed to adequately explain why the landfill’s leachate contains intermittently high levels of the radon and radium breakdown elements lead-214 and bismuth-214. The ‘hard look’ required under SEQRA requires such an explanation, the lawsuit argues. 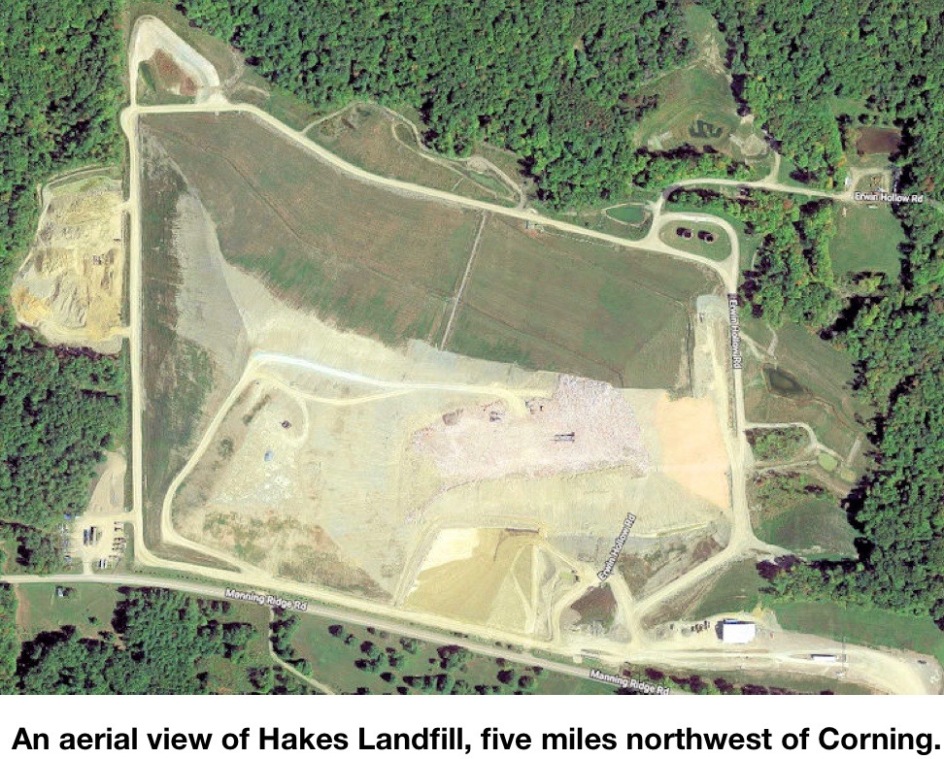 “The neighbors of the landfill don’t want to be guinea pigs,” Kate Bartholomew, chair of the Sierra Club Atlantic Chapter, said in a recent press release. “There are obvious tests DEC could require at the landfill to see if radon gas is being circulated in (the landfill’s) gas collection system and emitted to the atmosphere, but DEC has not required these tests. Why not?”

The town made similar failings regarding landfill leachate, radiation monitors and risk mitigation when it issued its two findings, the lawsuit alleges.

Other petitioners in the suit are Concerned Citizens of Allegany County Inc., People for a Healthy Environment Inc. John Culver and Brian and Mary Alice Little.

Leachate from the landfill is pre-treated at the Steuben County Landfill before being sent to the Bath Wastewater Treatment Plant. That plant discharges into the Cohocton River, which is part of the Chesapeake Bay watershed.

Similar evidence of elevated levels of radium and radon has also been found in leachate tests results from the Chemung County landfill, the state’s No. 1 recipient of drill cuttings from Pennsylvania, according to petitioner CCAC.