The No. 9 Syracuse men’s lacrosse team (9-3, 2-2 ACC) couldn’t have asked for a much better way to end the regular season, dominating Navy (5-7, 3-4 Patriot League) in every way Saturday night, defeating the Midshipmen 18-9.

The Orange capped off their fourth-straight win with a balanced effort that saw the starting attack combine for a staggering 17 points, including a game-high seven (2-5) from Stephen Rehfuss and five goals from Bradley Voigt. Nate Solomon chipped in five points as well on two goals and three assists. 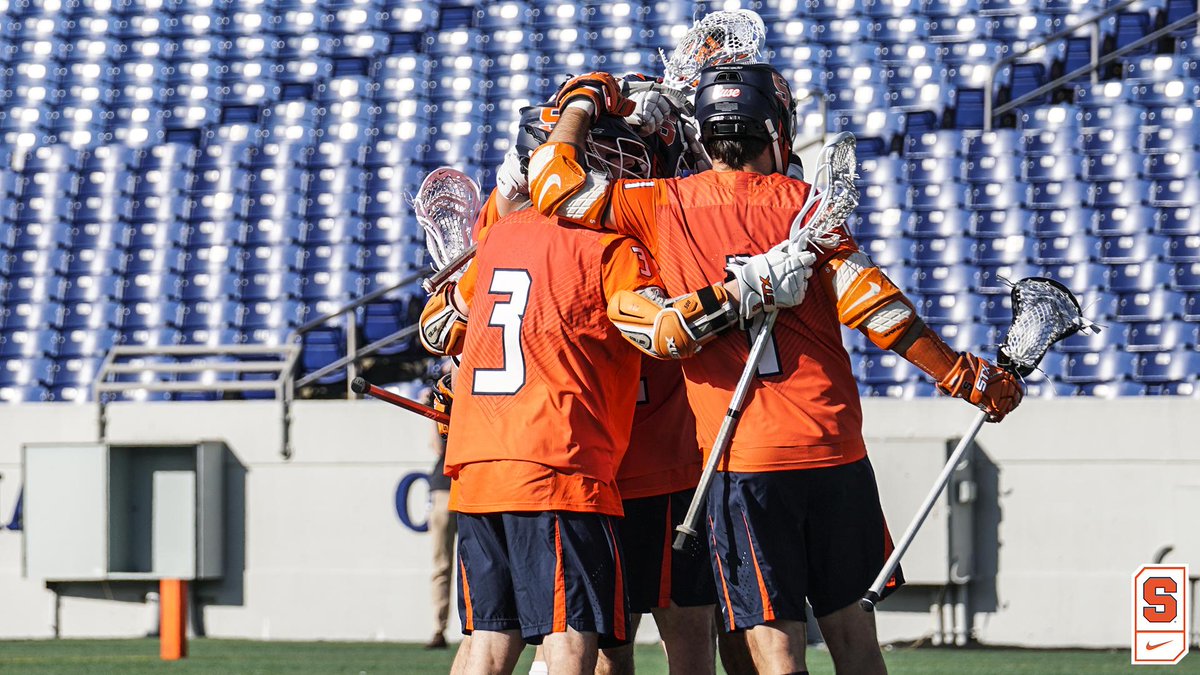 “We’ve been trying to get better all year long and put 60-minutes together, and I think we’re getting closer to doing that,” said head coach John Desko. “I went into the locker room at halftime and the stat sheet said we only had four turnovers and that’s a good thing especially this time of year. I thought we put some good points up and held them down for the most part. I thought special teams were good, 3-for-3 and 0-for-5 and that’s good to see this time of year. I thought we played complete lacrosse today”