Honeoye’s Dom Trippi drew a walk with two outs in the 6th inning followed by a steal of second base with Jacob Slocum already on third.

Trippi made it safely to second after a wild throw which allowed Slocum to score the game-winning run for Honeoye which sends the Bulldogs to the NYSPHSAA Class D Far West Regional on Saturday. 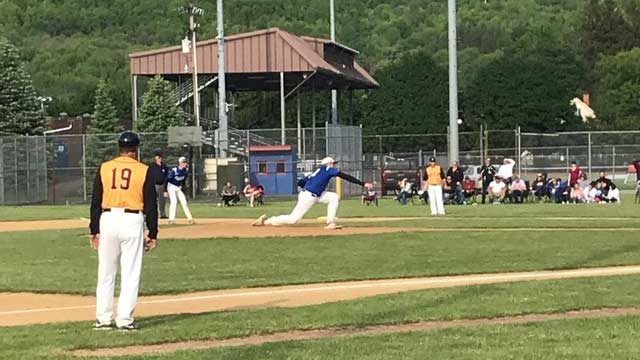 And the Bulldogs advance to the Far West Regionals on Saturday with this win today over the Avoca Tigers #GreatGameHoneoye FinalScore6-5Bulldogs pic.twitter.com/MZf6BzZaEk

17 mins ago
The Finger Lakes Community College Foundation is accepting online scholarship applications from current and new students through May 2. The ... MORE

26 mins ago
It’s going to be a squally day in the Finger Lakes. While the region has been seeing mild temperatures, with ... MORE

34 mins ago
The Schuyler County Sheriff’s Office reports the arrest of two individuals- one from Lodi, and another from Elmira following a ... MORE