Vladimir Guerrero Jr. was the hero the Blue Jays needed on Wednesday night.

The 20-year-old rookie phenom — the No. 1 prospect in baseball per MLB Pipeline — hit a go-ahead three-run homer in the bottom of the eighth to help lift the home team to an 11-7 win over the Yankees at Rogers Centre, giving Toronto back-to-back wins for the first time in more than a month. 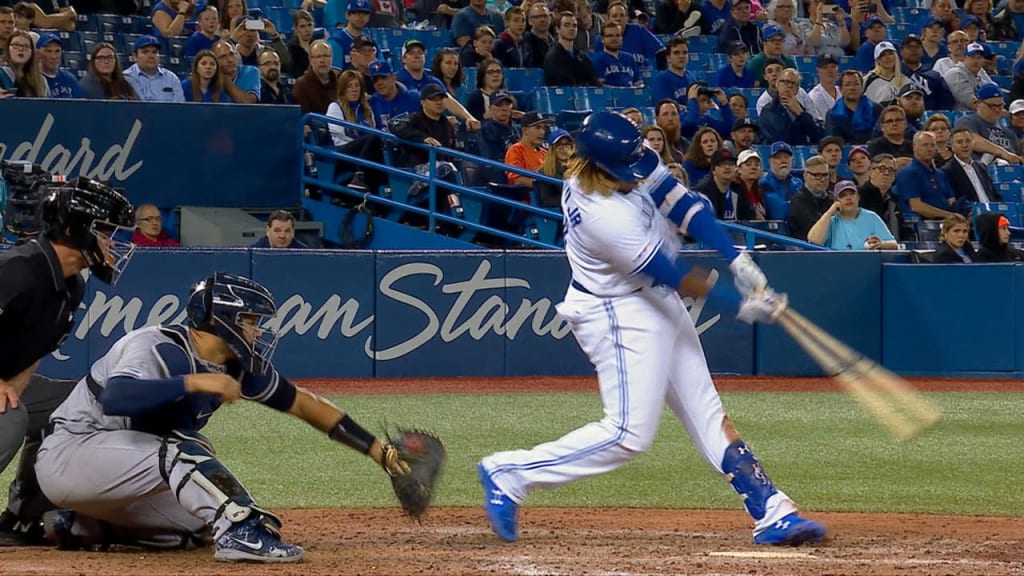 Guerrero also had the decisive RBI in Tuesday’s nights 4-3 victory over the American League East leaders when he drove in a run with a fifth-inning single. He has hits in six straight games, a new personal best, and is 9-for-23 with two homers, three doubles and five RBIs over that span