Skip to content
»
Home > Sports > Mets lose late in Philly, on verge of being swept in fourth game tonight

Jay Bruce has had his share of memorable moments in only a short period of time with the Phillies.

He won the National League Player of the Week Award in his first week with the team. On Wednesday, he added his first walk-off hit in the 10th inning of a 5-4 victory over the Mets at Citizens Bank Park, when he ripped a ball over the head of Mets center fielder Juan Lagares. 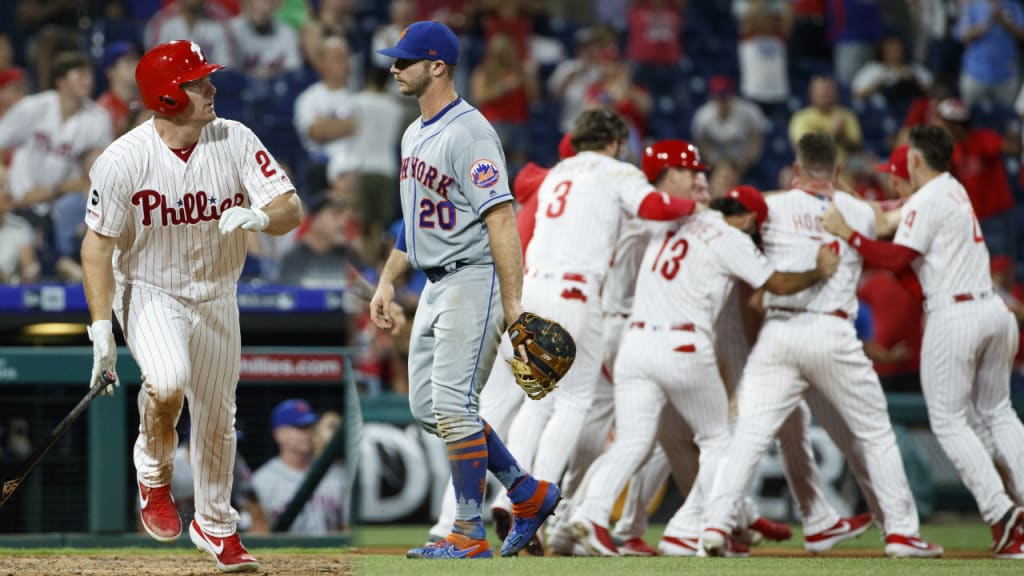 The Phillies have won the first three games of this four-game series. They can sweep the Mets with a victory Thursday afternoon.