The tower of bamboo in the middle of the clubhouse is not why the Phillies swept the Mets this week in a four-game series at Citizens Bank Park, but even the most skeptical players know they cannot tempt fate.

It is why they are bringing some bamboo on the road. 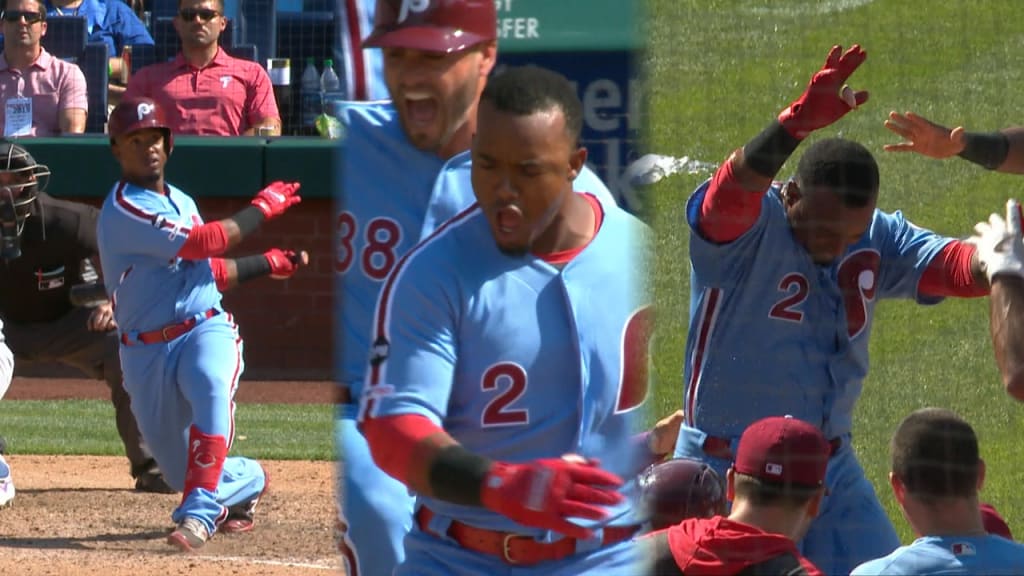 The Phillies beat the Mets in dramatic fashion on Thursday afternoon, 6-3. New York scored three runs in the ninth inning against Philadelphia closer Héctor Neris to take a two-run lead, only to watch Maikel Franco hit a game-tying two-run home run and Jean Segura belt a walk-off three-run homer against closer Edwin Diaz. The Phils overcame deficits in each game against the Mets. They won the final two with walk-off hits.