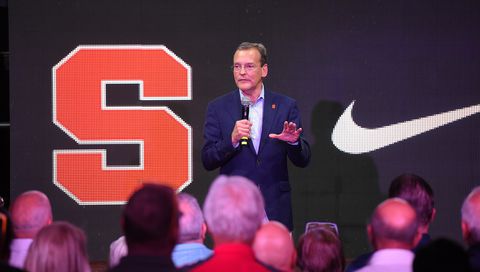 Syracuse finished the 2018-19 school year 54th in the standings for the Director’s Cup competition, its worst finish since the 2010-11 year. The Director’s Cup is a points system that purports to determine the country’s most successful athletic department.

Whether the Director’s Cup is an accurate judge, however, is a matter of individual perspective.

For one, the ranking system doesn’t really reflect what the majority of fans value.

The system awards points depending on how various teams do in the NCAA postseason. All sports are weighted equally, meaning a national title in football and basketball earns the same number of points as squash and beach volleyball.