Syracuse football was picked to finish second in the ACC Atlantic Division by voting members of the media covering the conference.

It’s the highest Syracuse has been ranked in the preseason order of finish since starting ACC play in 2013. 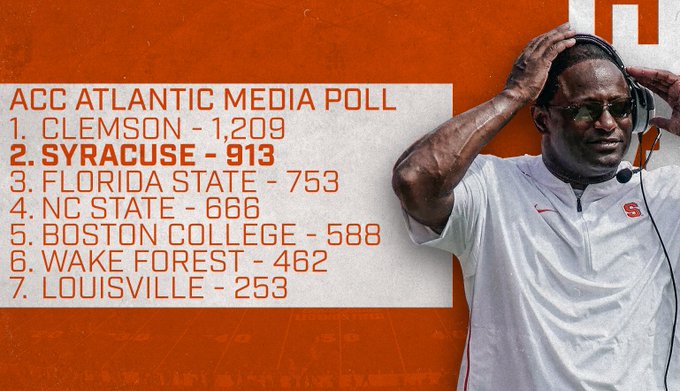 The previous high was fourth in 2014, when the Orange was coming off a 7-6 record and a victory in the Texas Bowl.

Check out how ACC media sees the conference shaking out this season, as well as its prediction for the ACC championship game at Syracuse.com.