Though the Braves have recently experienced frequent frustration with their bullpen, they have spent this season routinely damaging opponents with late-inning uprisings similar to the five-run seventh that gave them a 6-4 win over the Mets on Wednesday night at SunTrust Park. 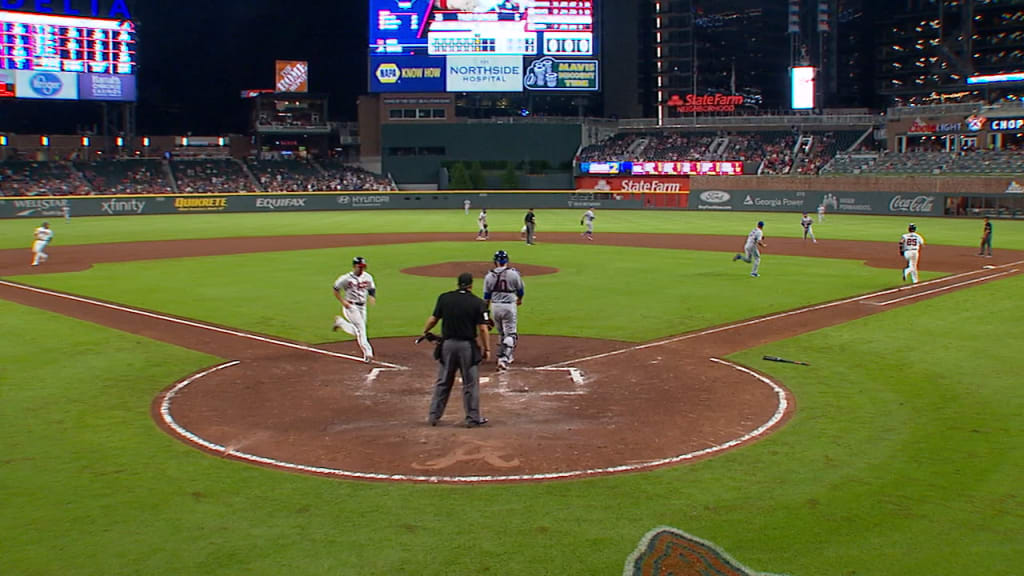 After Mets starter Steven Matz made an unexpected exit after batting in the top of the seventh, Seth Lugo did not retire any of the first five batters faced in the bottom of the frame. Josh Donaldson drew a leadoff walk, and the Braves followed with four straight singles to erase what proved to be a brief deficit.