The Ontario County Justice Coalition hosted its inaugural Police and Community Relations Summit by uniting state law enforcement professionals, legal experts and faith leaders to address the adjudication of justice in policing and sentencing inside the Vandervort Room at Hobart and William Smith Colleges on Saturday, September 21.

Edith P. Wormley spoke afterwards about the organization’s history leading up to this date.

Wormley states that the Ontario County Justice Coalition’s purpose is to create “positive impact within our community.”

The entire collective stood-up and read out-loud together a covenant crafted by the OCJC to commence the summit’s dialogue.

Rev. Stewart then issued the keynote address and acknowledged that he has brought along with him members from Rochester’s United Christian Leadership Ministry of Western N.Y., the OCJC’s sister organization.

“We cannot hide what’s going on under a barrel,” Rev. Stewart said.

He cited the importance of dialogue endurance and embraced reciprocity in dispelling stereotypes on both sides between cops and minority groups, particularly African Americans.

“It means historically and experientially that the lives of black people in this country have been devalued, disrespected, dehumanized, mistreated, brutalized and pulverized,” Rev. Stewart said.

In closing, Rev. Stewart stated that law enforcement must take swastikas, Nazism and white supremacy seriously but also believes that covenants like the one they all ventured into are important, most notably within the Bible and Old Testament.

Based on the 2017 FBI Hate Crime Statistics report, Lt. Spiezo shared that African Americans and those of the Jewish faith are the most targeted groups within the United States.

Lt. Spiezo distinguished hate crimes from normal crimes. In essence, hate crimes originate based on inherent acts of discrimination that are directed towards any members of the community to incite violence or fear.

Chief Henderson added that if a swastika was ever found under his watch that the investigation would proceed to explore the possibility of bumping hate crime charges on top of the current violations. He also believes that the Geneva Police Department is following by this procedural practice.

Ontario County Undersheriff David J. Frasca then introduced himself and shared that on his way to the summit he thought about what he wanted to obtain from this experience and it was clear to him that the summit was a way to go about “learning who we are.”

For him, credentials and bios do not tell who people are to each other and Undersheriff Frasca took some time to familiarize himself with the audience about his personal life and connections to the community.

The Honorable Timothy Buckley of Geneva City Court took the podium like Undersheriff Frasca but voiced his perspectives from the judicial system at city court.

He elaborated on alternatives to incarceration and expanding our collective understanding of mercy and rehabilitation.

Venuti answered his own question with a solution: encountering difference and the mixing of people overcomes hate; and Venuti believes that this has been accomplished at the Boys & Girls Club of Geneva.

He reminisced about a program where local police officers would connect with the city’s youth at the Boys and Girls Club on a frequent basis, but the program has since disbanded.

However, Venuti mentioned that the board is planning to offer nightly dinners to youth and they may invite some deputies from the Ontario County Sheriff’s Office, citing the future event as “critical work for this community.”

After attending the summit, Venuti plans on following-up with the Board of Directors about hosting dinners with county deputies.

He believes that convincing police to attend events like this one will make the tasks of local law enforcement easier and inspire more active participation, which may eventually breakdown the divides between the police and community.

“Hatred can’t exist when we know someone,” Venuti concluded.

Similarly, Undersheriff Frasca mentioned that a new program called “Coffee with a Cop” will kick-off this upcoming October in Canandaigua at Wegmans and reaches Geneva in December.

City of Canandaigua Chief of Police Stephen Hedworth disclosed his experiences about being looked at while entering Wegmans in his uniform to get groceries alongside his children.

He claimed that offering better examples and role models for youth and connecting with children at a younger age shall help them learn and accept difference while dismissing superficial views of others.

Mark Pitifer Jr. posed a comment to the panel on behalf of his father, Mark Pitifer, who is running for Geneva’s mayoral position on the Republican ticket this upcoming November.

Pitifer Jr. essentially shared that ever since he stepped-foot into this event, he was grappling with its emptiness and extended his utmost gratitude towards Aikens for coordinating the summit on behalf of Geneva and the greater Ontario County.

Many in the audience applauded him for his honest comments about civic participation and activism within the community after drawing around 30 participants for Ontario County’s first summit.

Reverend Alan Dailey, treasurer at UCLM responded to Pitifer Jr.’s comment and noted that the first Rochester summit program only drew 38 individuals from 12 different police departments and across the entire city of Rochester. Since then, attendance has gradually grown with each summit event.

Rev. Dailey also admitted that this topic is intensive and tough, sharing that this conversation is unsettling and uncomfortable for many white people.

“It’s all impacting the students that I serve,” Rev. Byrd said.

“When hate crimes occur in the community, it is reverberated and felt emotionally, spiritually, physically among these young people who have come from all over the world to study here,” she continued.

Rev. Byrd also addressed how to repair the breach and the nation’s rooted history in imposing symbols of dominance that subjugated Blacks in America, but also show mercy in the legal system as Judge Buckley expressed earlier.

“Justice is like a braid, like you braid your hair and you’re weaving together justice, truth, coupled with mercy,” she said.

Kevin Dunn, a political science professor at HWS pushed-back against the panel and challenged them to re-conceptualize the role of institutional racism within the policing apparatus but also addressed how last year a Geneva police officer posted images of himself with the Confederate flag on social media, a symbol that was considered by Dunn as the propaganda of white supremacy.

“The real question is what do you do as law enforcement when you see that hate not just institutionally and systemically but by your fellow police officers?,” Dunn asked.

“There are limitations to discipline,” Chief Henderson responded.

Chief Henderson acknowledged that officers have little control due address these issues in-part due to the New York State Civil Rights Law Section 50-A, an act that prohibits police chiefs from even acknowledging misconduct or discipline with the communities that they serve.

However, Chief Henderson noted that protocol regarding off-duty conduct on social media has been implemented, something that he did not personally encounter when he joined the force in 1985.

Chief Henderson also mentioned that he is currently working with UCLM to explore legislative solutions to redress Section 50-A in Rochester and Monroe County, which serves as the governing legislation for police chiefs and law enforcement agencies statewide.

Rev. Stewart thanked Dunn for “transitioning the conversation from hate crimes to what must be done.”

He added that law enforcement agencies should not be afraid of measures in accountability and oversight.

Rev. Stewart advocated that all police officers should be tested with psychological evaluations each year and civilians should contribute in the interviewing and hiring of police officers as a community-centric responsibility.

“Police are authorities of the state. They carry a badge and a gun,” he stated.

Once the final comments and conversation concluded, Aikens praised all of the panelists who sacrificed their Saturday afternoon without pay for the pursuit of enhanced justice throughout Ontario County.

As a gesture of gratitude, she offered a commemorative plaque to each of the panelists in attendance to conclude the summit.

On this day, actors and activists from all stripes and affiliations united under one band: a covenant that was consecrated by those present to reaffirm the collective bonds and commitments to upholding and enhancing justice, as it reads below.

The Ontario County Justice Coalition, in collaboration with the faith-based community, general community, and law enforcement representatives will gather in unique and significant summits to dedicate ourselves to establishing trust and legitimacy between the police, communities of color and all people.

In our commitment to working towards wholeness, dignity and respect for all, we are continuing the historical and unfinished business of acknowledging the existence of structural and system racism – and our willingness to engage in dialogue and moral action. We are committed to being a positive catalyst for social change.

Therefore, we frame our philosophical and operating principles in a covenant relationship which attests to our sincerity and moral obligation to reduce hostility in building communities without structural and institutional bias.

We seek to build a community where all women and men, regardless of race, age, ethnicity, gender, religion and mental or physical challenges are the beneficiaries of justice, freedom, equity and fairness.

Photo Gallery from the Summit 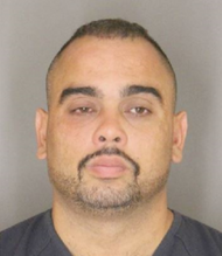 12 mins ago
Yates County Court Judge Jason Cook will allow the confession made by Paul Khouzam to be used in his trial ... MORE

34 mins ago
The second phase of the Melone Village rehabilitation in the city of Auburn is nearing completion, but officials with the ... MORE

39 mins ago
The Ontario County Sheriff’s Office reports that a 26-year-old Canandaigua driver was ticketed after a one-car crash on County Road ... MORE