The Sabres tallied a season-high 43 shots but fell to the Tampa Bay Lightning, 5-3, in their second and final game of the NHL Global Series at Ericsson Globe in Stockholm, Sweden on Saturday. 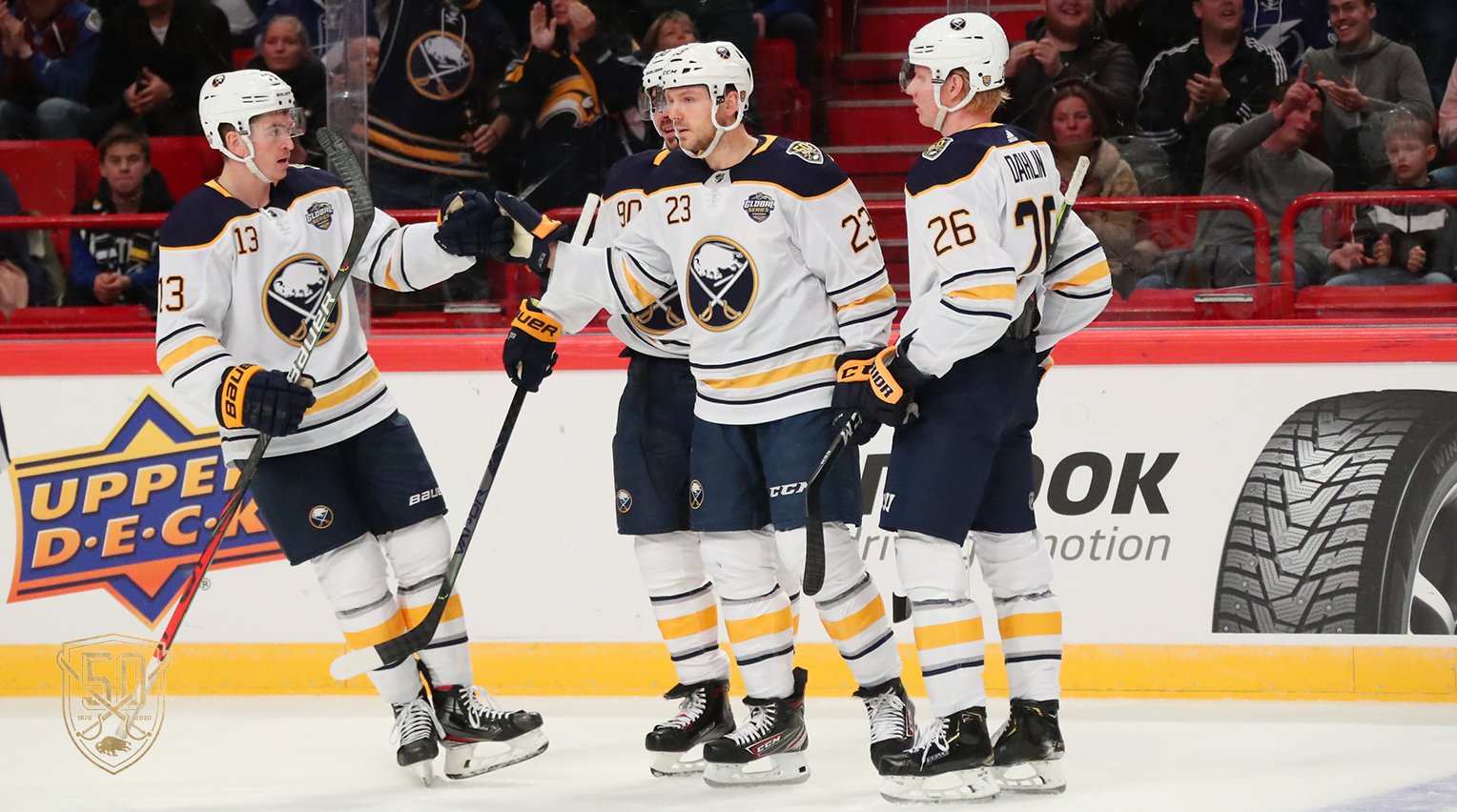 Coach Ralph Krueger called for the Sabres to get more pucks to the net following Friday’s contest, in which they were outshot, 34-22. They responded with 16 shots in the first period, including Reinhart’s team-leading eighth goal at 9:30 of the period.

Tampa Bay tied the game, however, with seven seconds remaining on its first power play of the night. Gourde took a shot that deflected high off the stick of defenseman Colin Miller and bounced in off the body of Maroon at the net front.

Reinhart scores to put us at 1-0! #Sabres50 pic.twitter.com/wr5byfj4Ae

1 hour ago
A deputy with the Wayne County Sheriff’s Office has tested positive for the Novel Coronavirus, or COVID-19. Sheriff Barry Virts ... MORE

1 hour ago
How are post office workers being protected on the job? Even as the virus remains widespread across the region, the ... MORE

1 hour ago
New Yorkers have struggled to file for unemployment. As hundreds of thousands of claims were filed, and countless others unable ... MORE