The Auburn Maroons saw too much of Rye quarterback Declan Lavelle on Friday night.

The senior threw for five touchdowns as the No. 10 state-ranked Garnets defeated the Section III runners-up, 49-13, in a Class A football playoff quarterfinal at Mahopac High School. 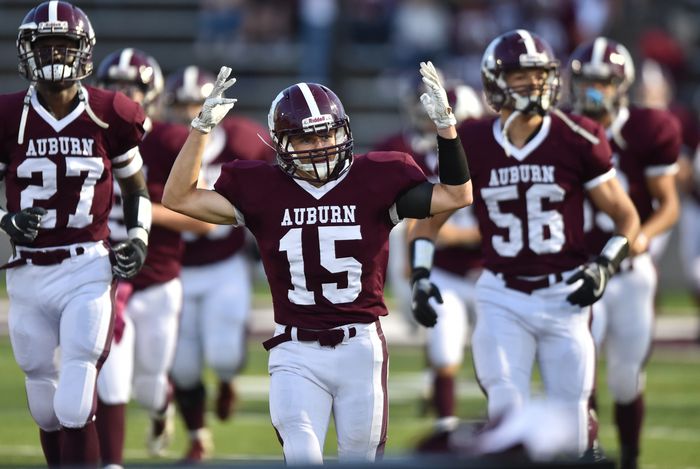 Both of Auburn’s touchdowns were by Shaheed Beal – one on a screen pass from quarterback Troy Churney that covered 55 yards, and the other on a 36-yard run in the third quarter.

Lavelle completed 12 of 17 passes and 202 yards. Four of his TD passes went to Quinn Kelly, who caught seven overall for 159 yards. Rye’s Caden Whaling rushed for 197 yards and one TD.

MAHOPOC — Auburn football's first appearance in the state tournament in 13 years came and went in a flash. https://t.co/O9TJYM4JWh