“We’re actively looking to see if we can make our team a little better and find a forward out there to help our group,” Botterill said during an impromptu meeting with the media on Tuesday. 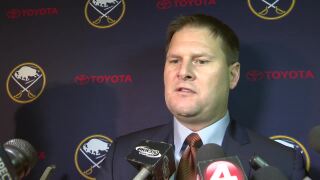 After a great start, the Sabres have dropped seven of their last eight games and now sit one point out of a playoff spot. A few weeks back, the Sabres had the best record in the NHL.

“I like the steps we’ve gone through, I think it was mentioned today in the GM meetings, the amount of one-goal games are up there and the amount of games that go into overtime,” Botterill added.