Although there’s no disputing that pitcher Nestor Cortes Jr., helped the Yankees at times this past season, the young left-hander always was viewed as a fill-in piece due to the club’s season-long injury woes.

This was proven on Nov. 20 when the Yankees designated Cortes for assignment on the day that they needed to clear 40-man roster spots for prospects who had to be protected to avoid being lost in the December Rule 5 Draft. 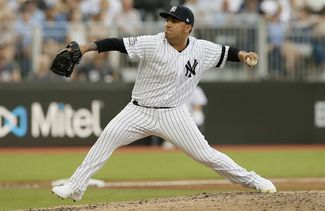 Five days later, the Yankees found a taker for Cortes, who was traded to the Seattle Mariners on Monday for international signing bonus money.

One hospitalized, ticketed for aggravated DWI after four car crash near Thruway in Seneca County

51 mins ago
The Seneca County Sheriff’s Office reports the arrest of a West Seneca resident following a crash at the intersection of ... MORE

8 hours ago
There will be a change at the Wayne County Sheriff’s Office. Sheriff Bary Virts announced last week that he would ... MORE

8 hours ago
The Steuben County Health Department says 56 cases of COVID-19 have been connected to one nursing home in the last ... MORE

8 hours ago
A 37-year-old man from Rose was arrested this past week on a number of felony charges after a length investigation ... MORE