Buffalo Bills defensive tackle Ed Oliver has been voted the Pepsi NFL Rookie of the Week for his performance in the team’s 26-15 win over the Dallas Cowboys in week 13.

Oliver collected 4 total tackles, 1 tackle for loss, 2 sacks, a forced fumble, a QB hurry, and a pass breakup/knockdown during the Thanksgiving Day game. 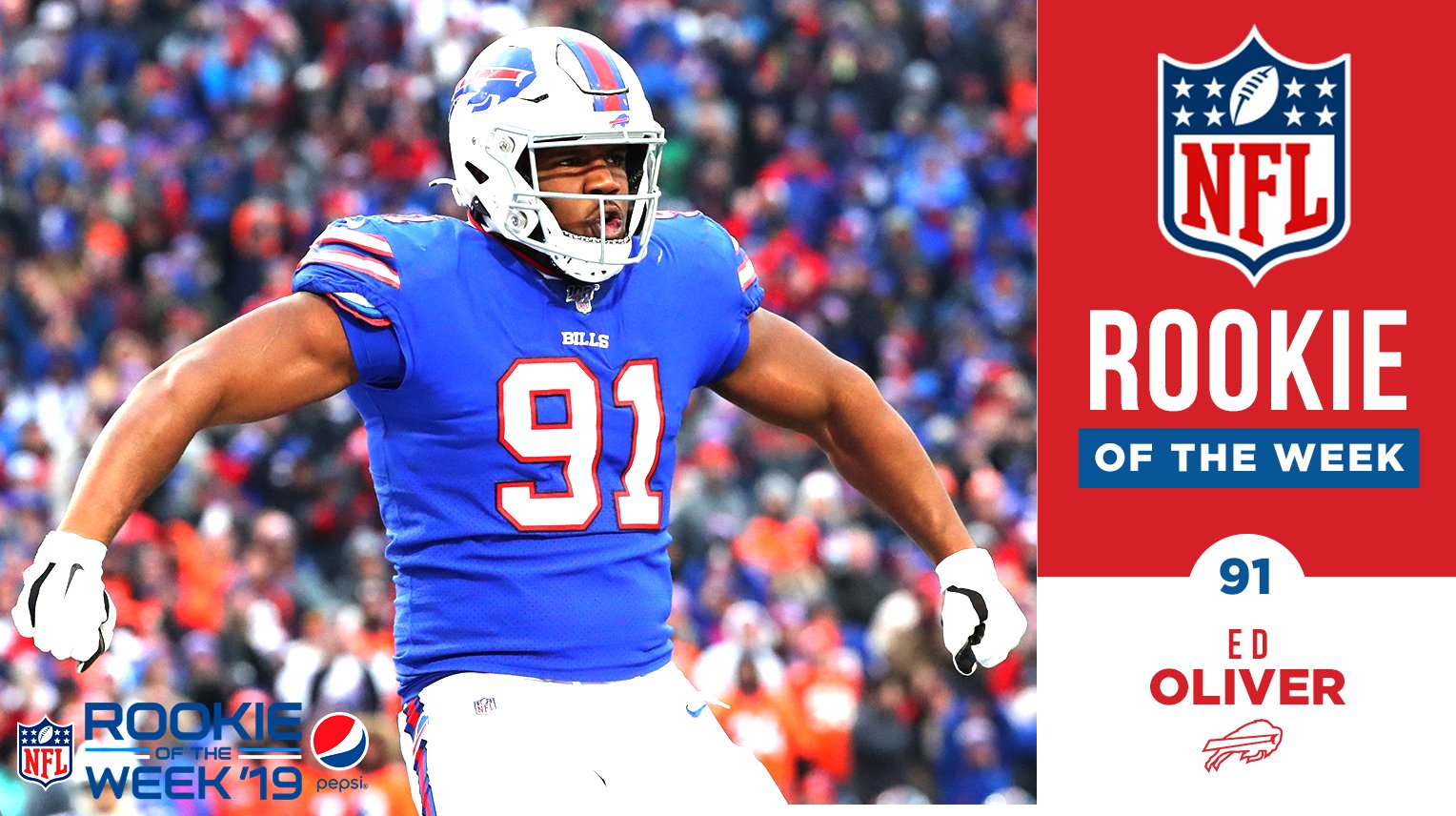 After some early season struggles, the ninth overall pick has had a strong last three games, collecting 8 total tackles, 4 sacks, 3 tackles for loss, and 3 QB hurries to go along with the pass breakup and forced fumble.  In those games the Bills are 3-0 and the defense has registered 15 sacks.

Ed Oliver had a career-high 2 sacks against the Cowboys and now has sacks in 3-straight games.

"Like I've been saying, it's just a matter of time before I put it all together."#Bills pic.twitter.com/kAiPCvqVHe