Elijah Hughes and Buddy Boeheim both established new career-highs and Syracuse rolled past Georgia Tech for a 97-63 win here at McCamish Pavilion on Saturday.

Hughes scored 33 points; 26 of them in the first half, while Boeheim finished with 26 points. The sophomore guard had a 20-point second half.

Hughes became just the fourth Syracuse player to score 30 or more points in a true road game in the past three seasons, joining Tyus Battle (at Boston College, Duke and Florida State), John Gillon (at North Carolina State) and James Southerland (at Arkansas). 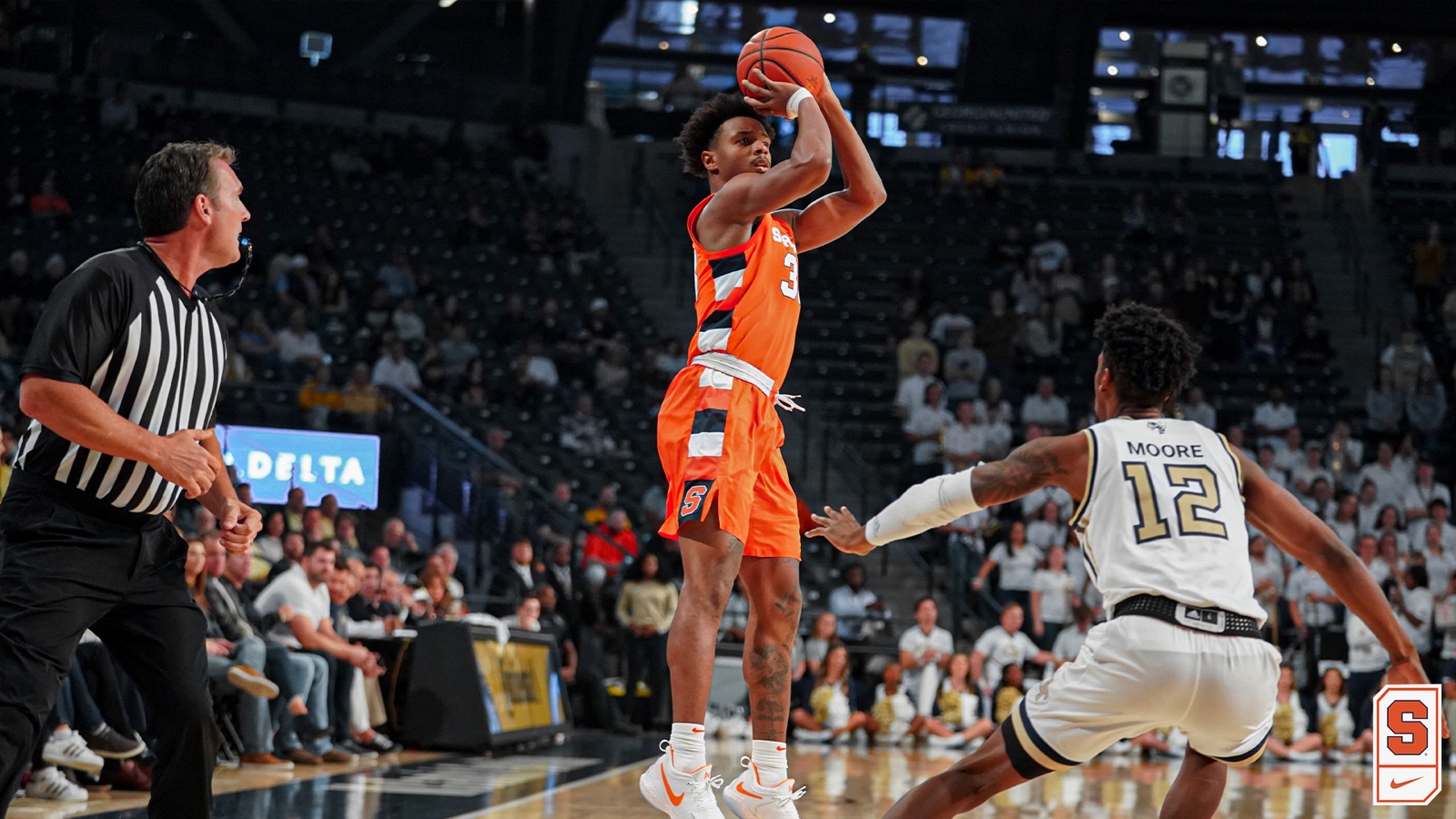 The Buddy and Elijah show.

All Orange from start to finish. pic.twitter.com/VfENXNNa2N

Syracuse (4-4, 0-1 ACC) looks to snap a three-game losing streak after a 68-54 setback against Iowa in the Big Ten/ACC Challenge on Tuesday in the Dome. Junior Marek Dolezaj led the team with 12 points followed by redshirt junior Elijah Hughes with 10 points. Freshman Joseph Girard III dished out a game-high four assists and junior Bourama Sidibe led the team in rebounds with eight.

Georgia Tech defeated Nebraska, 73-56, in the Big Ten/ACC Challenge on Wednesday, improving its record to 4-2. The Yellow Jackets are 1-0 in ACC play after edging NC State, 82-81 in overtime, in the season opener.