Jack Eichel scored the tying goal with 1:46 remaining to force overtime as the Buffalo Sabres came away with a hard-earned point in a 3-2 loss to the New York Islanders at NYCB Live/Nassau Coliseum on Saturday. 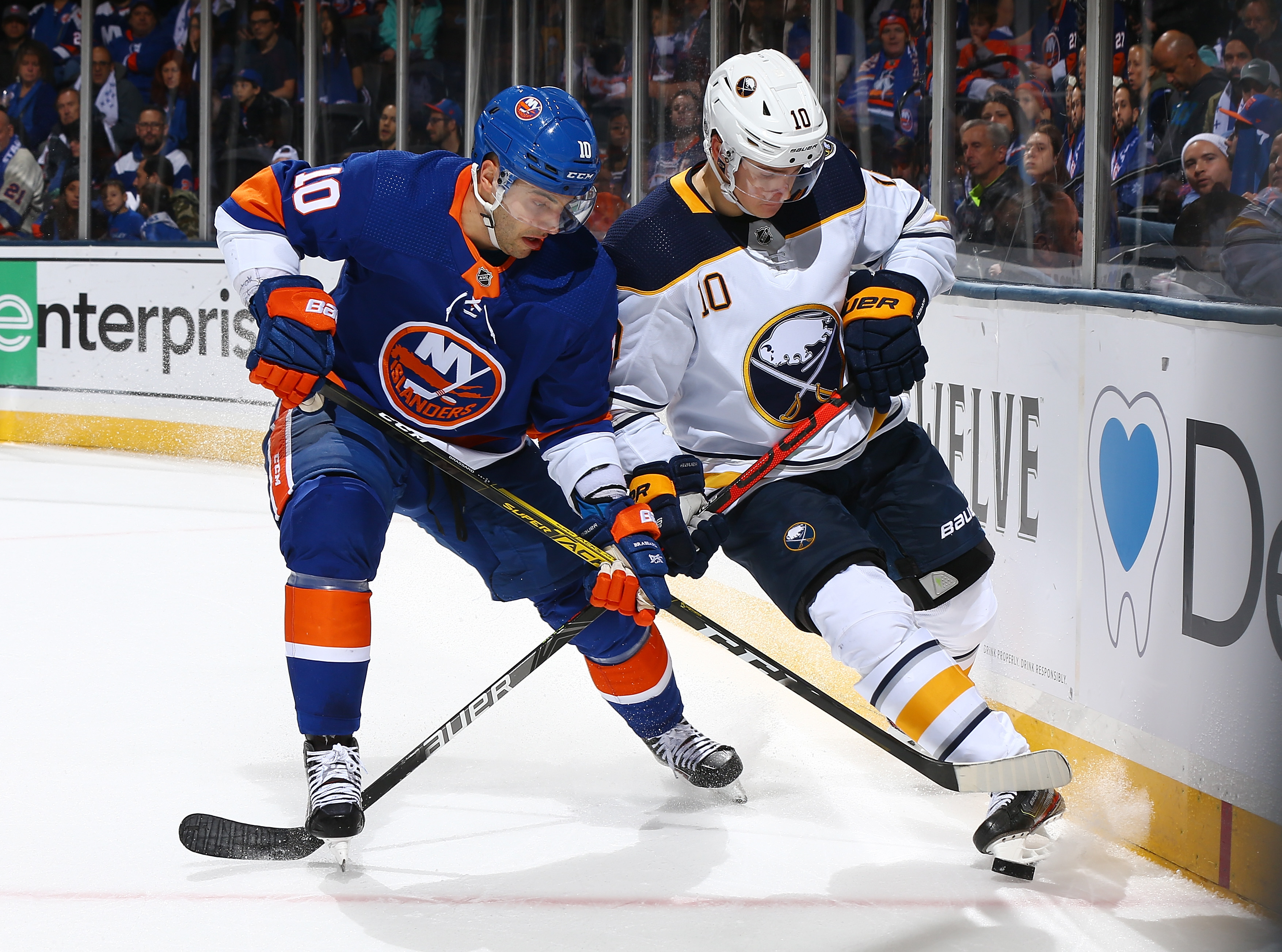 Victor Olofsson also scored for the Sabres. Eichel tallied an assist in addition to the tying goal, extending his NHL-best point streak to 16 games. Linus Ullmark made 23 saves.

We leave Long Island with a point. #Sabres50 pic.twitter.com/HdLp3EQZcJ

That's the longest streak of the 2019-20 season (so far). pic.twitter.com/eTlI4WRHOs