Strong message sent on Saturday during march in Seneca Falls

Despite constant snow and bitter cold, women and men ventured out for the fourth annual Women March in Seneca Falls on Saturday.

Feminists of all affiliations rallied and marched along the closed-off streets of downtown Seneca Falls, the birthplace of the national women’s suffrage movement that started more than a century ago.

First-wave feminism, which was founded by suffragist icons like Sojourner Truth, Susan B. Anthony and Elizabeth Cady Stanton sparked social change and ratified a new future for America’s women and young girls through the formation of the Seneca Falls Convention in 1848.

The fourth annual rally and march marks the centennial celebration of the 19th Amendment that passed in 1920, which granted the right for women to vote in equal standing to men.

While the gears of social change started grinding in Seneca Falls, it was not until 1965 when the Voting Rights Act enshrined voting rights to all African Americans, including women of color.

RELATED: Gallery from the day in Seneca Falls

However, in recognition of a rich and radical tradition of feminism and stewardship in Seneca Falls, Coline Jenkins, the great-great granddaughter of the Elizabeth Cady Stanton spoke powerfully about her great-great grandmother, the brave women and “enlightened men” who surrounded her from the past.

Jenkins believed that Stanton would be proud of those activists who were standing in the very same streets of Seneca Falls on this snowy day in 2020.

“She is with us. Over there she had the audacity to demand elected franchise. What does that mean: the vote,” Jenkins said.

Aside from observing the centennial celebration, the march also falls upon a national election year where a hotly contested Democratic primary is taking place to determine who shall challenge President Donald Trump for the White House.

Women March in Seneca Falls, a non-partisan grassroots group that organized did not shy away from inviting rally speakers to share their own commentaries about the current political climate for women amid the era of Trump.

President Trump was a figure of fixation for marchers. Activists of all stripes touted him as an obstacle to achieving women’s equality, both in politics and social life.

A heightened focus of the rally was placed upon inspiring political mobilization and civic engagement that were fueling marchers ahead of the 2020 presidential election.

One vocal voice was Holly Near, a local singer-songwriter and activist who sang an opening song at the rally and then transitioned to offer some thoughts ahead of Election Day on November 3rd.

Near warned marchers to not get distracted with the presidential candidate race. Instead she called for voters to “strengthen our communities from the local all the way-up” and to “know how to vote the whole ballot.”

Above all, Near considered “changing the nature of the Senate” as the most important priority while also diminishing the power of the president.

For Near, she wishes that this representational shift in the Senate can result in a “civil Senate,” one that possesses “moral conviction.”

Congressman Joseph Morelle (D-NY) from the 25th district also chimed in as a key speaker at the rally, who also fanned the political flame.

Rep. Morelle initially noted that he could not feel his toes until the month of March after participating in last year’s march.

Rallying the sizable crowd, Rep. Morelle called attention to the current impeachment proceedings after he read from a sea of scattered signs that depicted “clever” phrases while on-stage.

“Apparently to be a United States Senator in the Republican Party, you’re a little bit like an ostrich. You put your head in the sand to block out any evidence, any indication that the president has done anything wrong. It’s getting harder and harder to do it everything single day with the revelations that are coming out,” Rep. Morelle said.

Rep. Morelle also mentioned that within nearly 368 days, the voter-eligible population of the United States shall elect and swear-in a president around this same time in the following year, only hoping that President Trump does not win.

“And it better not be the one that’s in the White House today,” Rep. Morelle stated.

In his closing remarks, Rep. Morelle asked for marchers to dedicate every second of every day to bring forth the change that they wish to see from the town of Seneca Falls to the Oval Office.

“Let’s have a change in the White House. Let’s change America,” he concluded.

Virginia was the 38th state to pass this piece of legislation, which fulfills the two-thirds requirement that is necessary for the act to be added to the Constitution.

After traveling across the country and meeting feminists from shore to shore, Van Pelt claims that we are living in a special time for political and social change.

“Today we are just as determined, just as resolute and oncourse for transformational change as the women in the Seneca Falls all those long years ago did,” Van Pelt stated.

For Van Pelt, she believes that this sense of determination can be felt by President Trump.

In her final moments, Van Pelt recalled when the ERA bill was being stalled back in 1977. She then explained that the song “You Screwed Us Over” was penned in response to this calculated political stunt.

Van Pelt shouted, “So here’s a message for Donald Trump,” as a chorus of marchers erupted in song as they sang “You Screwed Us Over” before multitudes of marchers started filing behind the lead banner bearers that walked straight into downtown Seneca Falls amid the heavy snowfall. Stakeholders in wine industry talk sustainability at shop in Geneva

Mitrano speaks out as race against Reed moves forward 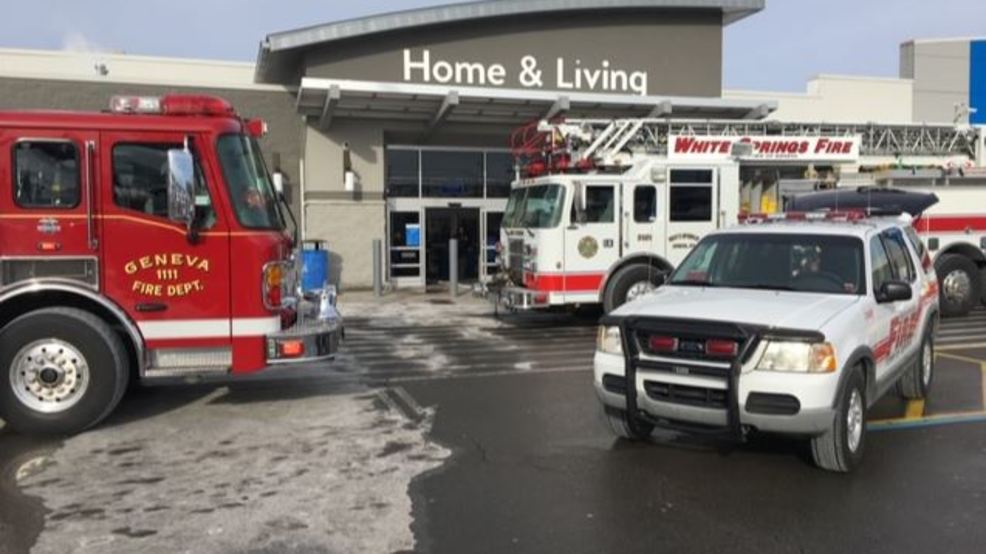 Food access is a major, growing issue in Geneva