The Rochester Americans (24-13-2-4) scored once during each period before holding off the Syracuse Crunch (20-19-3-3) for a nail-biting 3-2 victory Saturday night at Upstate Medical University Arena.

The contest served as the front-end of a home-and-home series between the two teams that concludes on Friday, Jan. 31 after the annual AHL All-Star break. Additionally, it was the fifth meeting between the two clubs this season and all five have been one-goal outcomes. 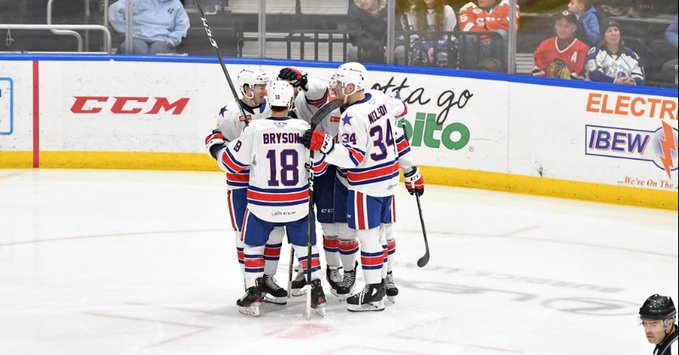 The win gives Rochester three in a row going into the break and keeps them within four points of first place in the AHL’s North Division standings while holding two games in hand against the top-seeded Belleville Senators.

We meet these guys again on the other side of the #AHLAllStar break. #ROCvsSYR