Two days after scoring his first professional goal for the Rochester Americans (30-17-3-4), rookie defenseman Jacob Bryson delivered the game-winner just 35 seconds into overtime to cap a two-point night and give the Amerks a thrilling 3-2 victory over the  Lehigh Valley Phantoms (23-24-2-6) Friday at The Blue Cross Arena.

With the win, the Amerks remain in second place in the AHL’s North Division standings and evened their record to 7-7-1-1 in the last 16 meetings with Lehigh Valley dating back to the start of the 2015-16 campaign. 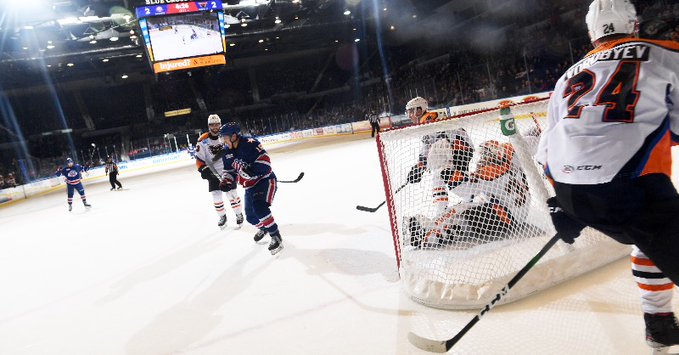 Bryson produced a two-point effort with a goal and an assist while forwards C.J. Smith and Sean Malone each scored their 11th goals of the season for Rochester. Goaltender Andrew Hammond improved to 14-11-2 on the slate as he made 29 saves in-between the pipes.