The Syracuse Orange looked all but dead at halftime, but rallied with an impressive second-half effort to claim a 79-72 victory over Georgia Tech on Saturday at the Carrier Dome.

The Orange came into Saturday’s game having lost five of its last six contests and it seemed like another loss was on the way when Georgia Tech took a 38-27 halftime lead. 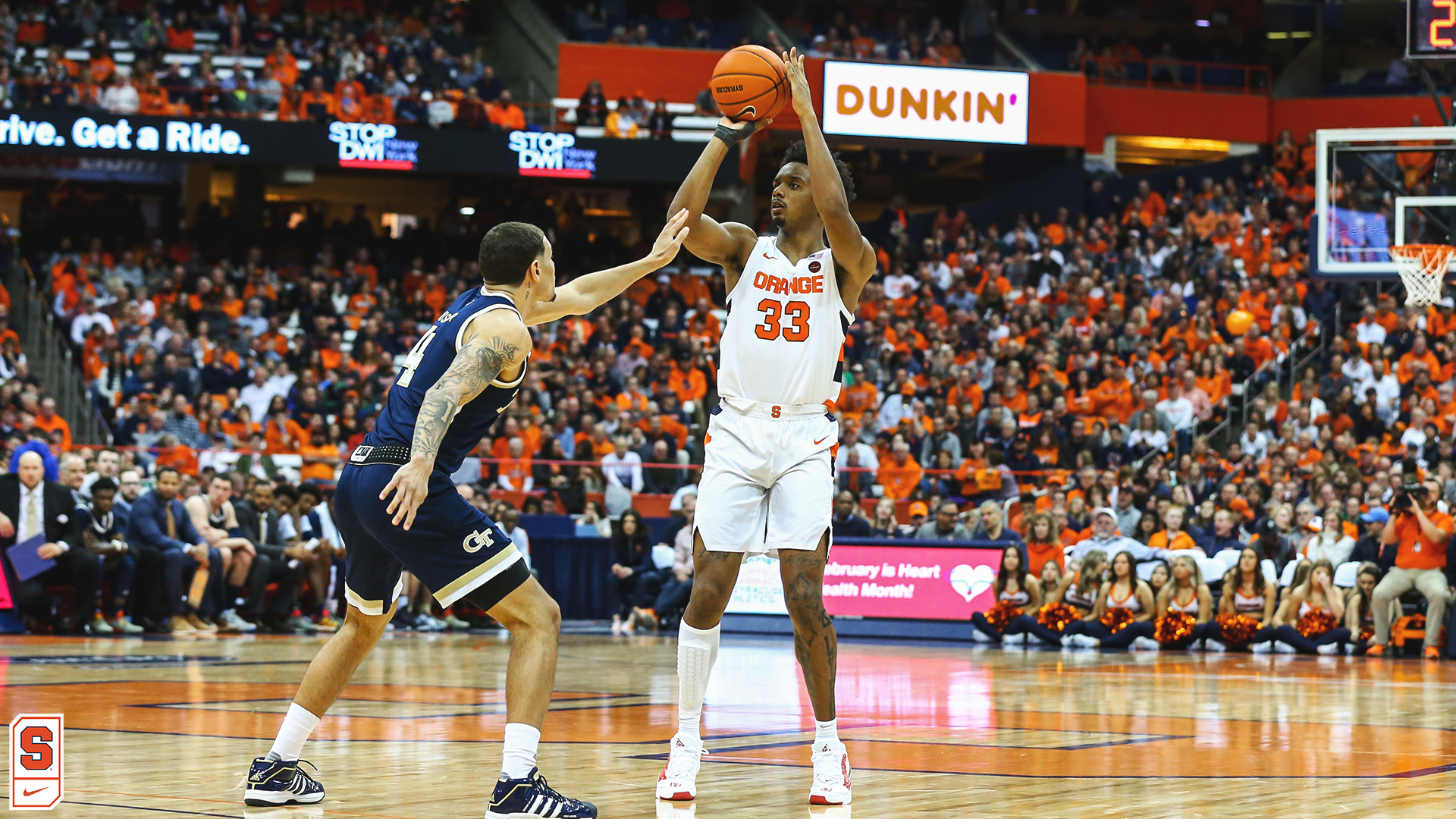 Syracuse had struggled offensively, making just 27 percent of its field goals, and the murmurs from the stands were clearly audible as the SU players headed into the locker room at the break.

The Orange outscored Georgia Tech 52-24 in the second half.

The win stopped Syracuse’s losing streak at three games and improved the Orange’s record to 15-12 overall and 8-8 in the ACC.

Big second half leads to a Dome dub ?✊ pic.twitter.com/1oaTk0pGG4

Back in the win column pic.twitter.com/oQRN6kWkyA

Eli has reached 20 points for the 12th time this season. pic.twitter.com/npZ6OzOmRp

It's the second-largest on-campus crowd in the NCAA this season, behind only our game vs. Duke. pic.twitter.com/tLRsurPoX2

Syracuse has just two home games remaining in the regular season, including a match up against Georgia Tech on Saturday, Feb. 22. Opening tip is set for 4 p.m.

The Orange are coming off back-to-back losses to highly-ranked teams. Sophomore Buddy Boeheim led Syracuse with 15 points at No. 11 Louisville on Wednesday. He was one of four Syracuse players to reach double figures in scoring. Freshman Quincy Guerrier scored 14 points and pulled down a career-high 12 rebounds for his third double-double of the season. Freshman Joseph Girard III (12 pts.) and redshirt junior Elijah Hughes (10 pts.) rounded out the Orange’s double-digit scorers.

Syracuse enters Saturday’s game with a 14-12 overall record. The Orange are tied for sixth in the ACC standings with a 7-8 league record.

Georgia Tech has won two straight, improving its record to 13-13. The Yellow Jackets defeated Wake Forest, 86-79, on Wednesday to move into a four-way tie for sixth place in the ACC standings with a 7-8 conference mark.