Waterloo senior athletic standout Joel Kraft and the Waterloo Indians Athletic Department have announced that Joel will be playing collegiate football at Hobart College in Geneva next fall. Last season the Hobart Statesmen football team recorded a 9-2 record on the season that included a 30-10 win over Cortland State in the 2019 New York Bowl. In addition to football, Kraft plays varsity basketball and lacrosse for Waterloo HS. 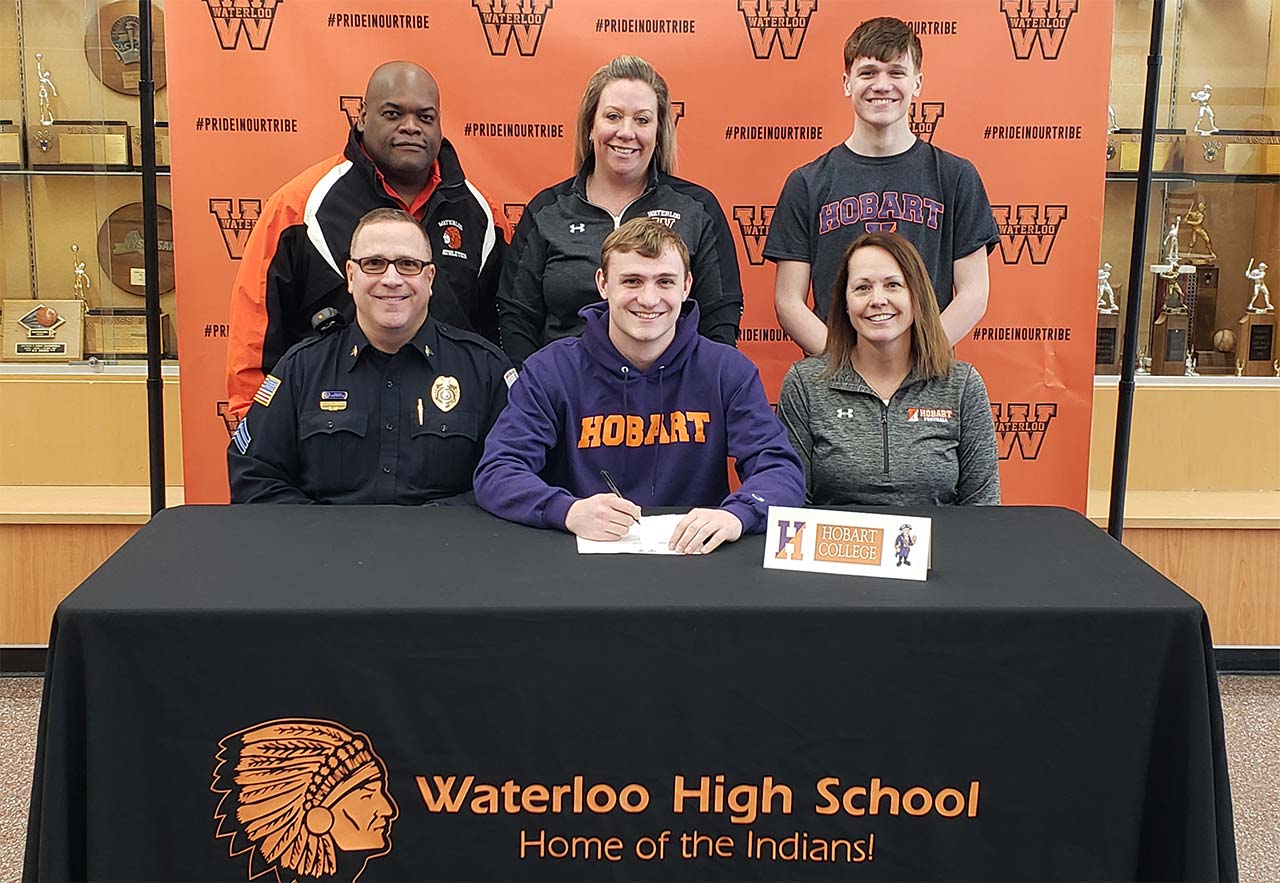 Joel is pictured above, seated, with his mother and father Rod and Janet Kraft along with Coach Tyrone Thomas, Waterloo Athletic Director Christal Kent and his brother Jordan Kraft.