The North Carolina Tar Heels ruined a festive day at the Carrier Dome for the Syracuse Orange. 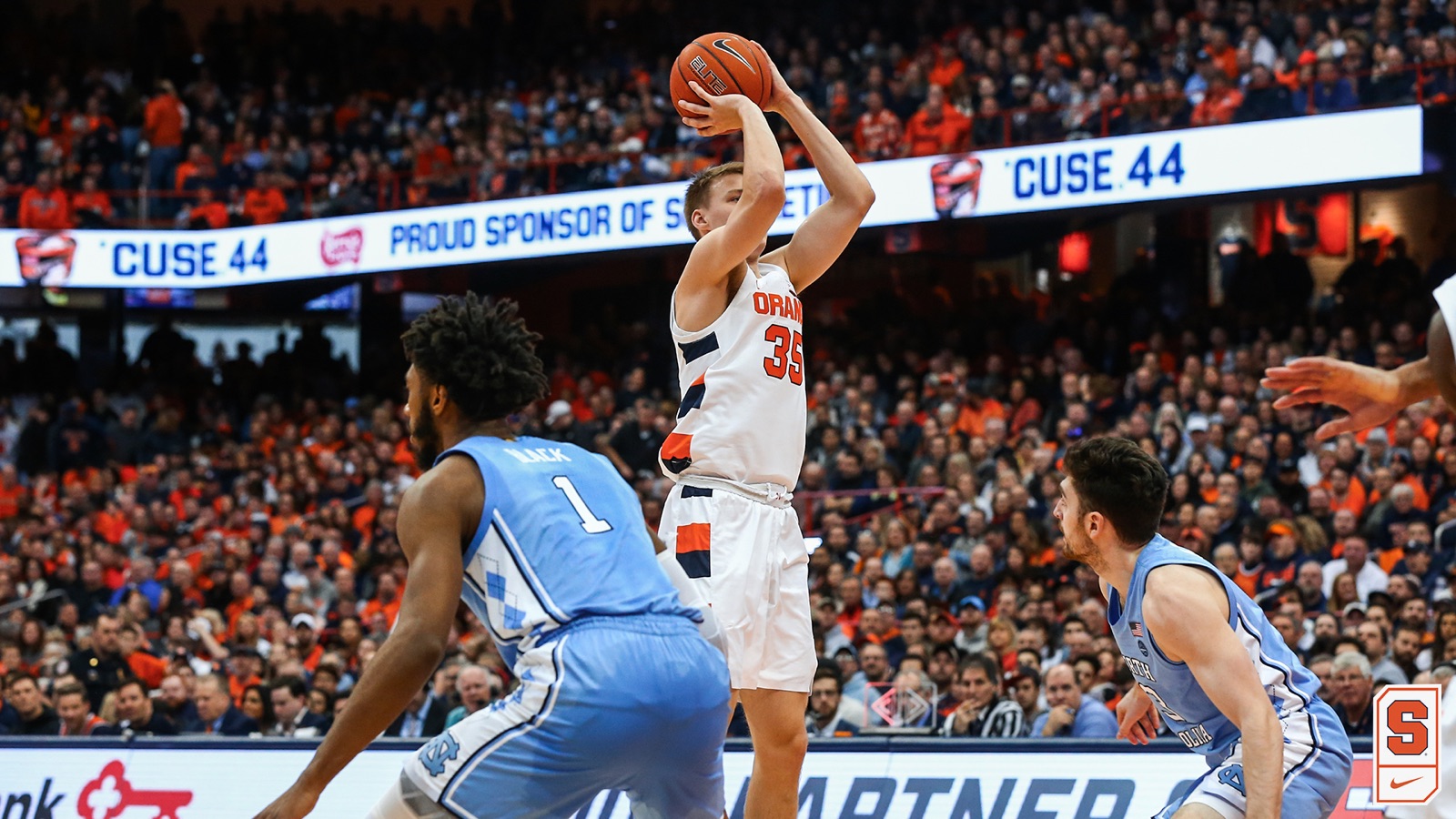 And more than two dozen past Syracuse players, including Dave Bing, Jim Lee and Lawrence Moten, were introduced during a first-half timeout.

But the Tar Heels were having none of it as they dominated most of the game for a 92-79 victory over the Orange on Saturday.

We'll look to get back in the win column Tuesday night at Boston College pic.twitter.com/GN8cOkKQ0v

We have the seven largest crowds of the season in the NCAA.

John Wallace takes his place among 14 other Orange legends in the Dome pic.twitter.com/pvysg0zjYf

John Wallace – An Upstate New Yorker who stayed home and made himself an Orange legend and continues to make a difference in his community.

After cruising past Pittsburgh in a 23-point victory on Wednesday night, Syracuse returns to the Carrier Dome for their its season home finale against ACC foe North Carolina on Saturday afternoon at 4 p.m.

Twenty-five points from Elijah Hughes and a double-double from Bourama Sidibe helped Syracuse take down Pittsburgh, 72-49, Wednesday night at Petersen Events Center. With the win the Orange sweep the season series with the Panthers and grab their second consecutive conference victory.

North Carolina hits the road after snapping a seven-game losing streak against in-state rival NC State, 85-79. The losing streak was UNC’s longest in the Roy Williams-era. The Tar Heels enter the contest at 11-17 on the season with a conference-worst 4-13 record against ACC opponents. Away from Chapel Hill, UNC has only one victory against an in-conference opponent this season, coming on January 27 when it took down NC State, 75-65.

John Wallace's No. 44 jersey takes its place among our legends on Saturday in the Dome!