The National Weather Service is looking for ways to simplify it’s products. One way that it would do that in the upcoming season, if a recent proposal is adopted, would be to cease ‘advisories’.

Along with the disappearance of advisories, ‘special weather statements’ and ‘short term forecasts’ would be ended.

It would end the use of the “Watch, Warning, and Advisory” system that has been used for many years. The replacement to this system would still convey the same informatoin – but in a simpler method.

The goal is to reduce the amount of hype around any given weather event. For example, if 2-4 inches of snow will fall in some location in the Finger Lakes – it doesn’t mean ‘Winter Storm Warning’ criteria, but had been subject to potential ‘Winter Weather Advisory’.

Now, the advisory message would be removed, and the forecast would be shared with those impacted. 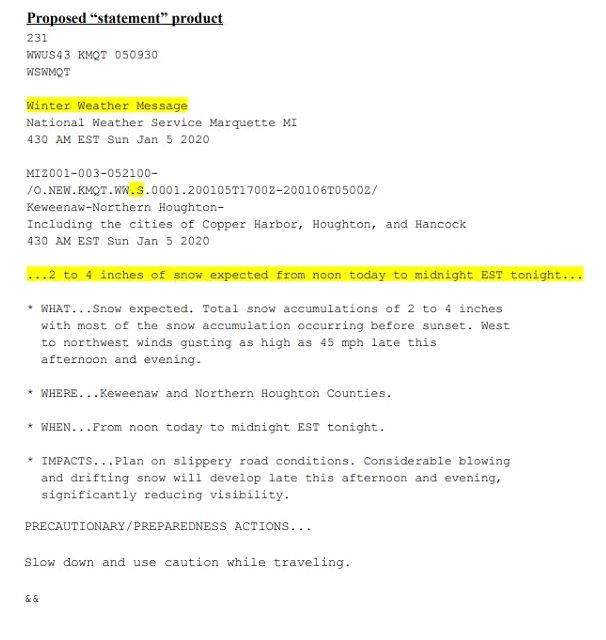 6 hours ago
Health officials in Ontario County say they will endorse the start of high school sports, after New York State cleared ... MORE

21 hours ago
Weekly grocery spending increased by 17% in 2020. That’s not entirely surprising given that restaurants were closed, or saw their ... MORE

8 hours ago
The Canandaigua Police Department reports the arrest of one person after a physical altercation. Police arrested Brittney Morey, 24, of ... MORE