When I heard those words uttered by Jeff Harvey, the Ventosa Vineyards winemaker, I almost turned and ran. That same phrase was used during a childhood prank by my friend Yakky’s big brother.

But this was different. This time the smell was sure to be rare and refined. Jeff had just uncovered a bin of fermenting Pinot Noir grapes and, like a monk entering a Buddha shrine, he slowly bowed until his nose was an inch from the surface. Then he inhaled deeply. 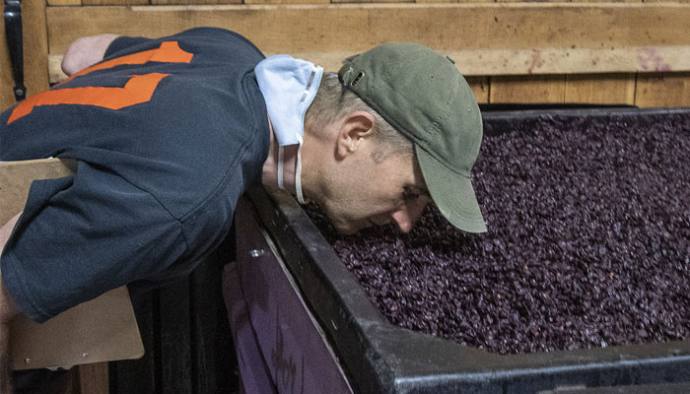 He looked up and smiled, “You need to smell this. But don’t breathe in too long because there’s carbon dioxide coming out.” It smelled great. He stirred up the bin of crushed grapes and motioned for me to take another whiff. The effect was tripled, not overpowering but a flood of exotic fragrances swirling through my olfactory mazes. Although I’m only a casual wine drinker, I was now beginning to understand the fascination with wine subtleties.