On the morning of July 4, Cayuga Lake’s first suspected harmful algal bloom of the season was spotted on the shoreline near the Beacon Bay Marina at the lake’s northeastern tip. Tests showed that its water samples easily exceeded the state’s cutoff for a “high toxin” bloom.

So did more than two dozen other samples drawn over the next 12 weeks from sites within two miles of the marina, making Village of Cayuga this season’s algal bloom capital of the Finger Lakes.

So-called harmful algal blooms (HABs), are actually cyanobacteria, which often appear as floating mats, green or yellow scum or discolored water. They tend to thrive in calm warm water from early July to mid-October and they are toxic to people, pets and livestock (and in Africa, even elephants).

Cayuga, Owasco and Canandaigua lakes all had active HABs summers, while Seneca Lake was mysteriously spared.

“Seneca Lake had very few blooms this year and everyone’s wondering why,” said Nate Launer, HABs coordinator for the Community Science Institute in Ithaca. “Less runoff, less nutrient inputs, could be a factor. But we had a dry summer here as well, and we had a lot of blooms (on Cayuga Lake).”

Bill Roege, who supervises HABs volunteers for Seneca Lake Pure Waters Association, had no explanation for why Seneca had only 15 confirmed blooms on six separate days this year, compared with 86 blooms on about 25 separate days in 2019.

“The difference couldn’t be more stark between last year and this year,” he said.

Roege said contributing factors may have been the drought, low lake levels, high levels of sunshine and stronger than usual winds. But he wouldn’t hazard any conclusions before studying the data.

John Halfman, a professor at Hobart and William Smith who has studied Seneca and Owasco lakes extensively, also declined to speculate on Seneca’s easy season before analyzing the data.

Cayuga Lake had 84 confirmed blooms this summer, according to detailed records kept by CSI. They were spread fairly evenly in July (27), August (26) and September (31) and one unconfirmed bloom in October.

Canandaigua Lake had 81 confirmed blooms, while Owasco had 66, many clustered in its northeast quadrant. Canandaigua and other Finger Lakes have also been plagued by a white foam that is suspected to be related to cyanobacteria. Canandaigua officials have taken the lead in investigating that growing regional phenomenon.

In previous years, cyanobacteria toxins turned up in finished drinking water drawn from both Canandaigua and Owasco lakes.

In 2018, the town of Rushville issued a “do not drink” order and supplied residents with plastic water bottles after algal toxins from Canandaigua appeared in its treated drinking water. After similar scares, the towns of Auburn and Owasco have invested hundreds of thousands of dollars in equipment to filter public water, and it appears to have worked.

Even so, algal toxins were reported in raw water drawn recently from Owasco Lake by water plants in Auburn and Owasco.

In the western Finger Lakes, Honeoye Lake had 20 harmful algal blooms this year, according to records at the state Department of Environmental Conservation. That included the Finger Lakes’ first confirmed bloom on June 22.

Skaneateles Lake had 16 blooms, including several at or near Thayer Park in the town of Skaneateles.

The city of Syracuse, which draws its drinking water from Skaneateles, has applied for a DEC permit to apply a pesticide to a 568-acre section of the lake to minimize the spread of cyanobacteria next year.

Keuka Lake had 13 confirmed HABs this year, mostly on shoreline near Penn Yan. Six of those came on two days in early September, according to DEC records, which are not necessarily complete.

This season, the smallest of the Finger lakes had the fewest confirmed algal blooms, according to the DEC: Canadice (0), Otisco (2), Conesus (3) and Hemlock (3).

Launer of CSI said the northern end of Cayuga Lake has been a HABs hot spot for at least the past three years.

“The northern end is much shallower,” he added. “And anecdotally, volunteers said the water got much warmer and got warmer faster there this year.”

Launer also noted that tributaries that feed Cayuga’s north end drain land that is heavily agricultural. Those streams tend to carry a higher load of nutrients that feed cyanobacteria, including phosphorus and nitrogen, compared to larger the tributaries that flow into the southern sections of the lake.

Roege of SLPWA said this year’s blooms on Seneca were concentrated in the south central area rather than in the lake’s normally hard-hit northwestern quadrant. DEC records show no HABs around the Keuka Outlet in Dresden or Kashong Point between Dresden and Geneva.

But Roege said one suspected bloom near Dresden that went unreported to the DEC did trigger a toxin reading on a water sample tested by a SLPWA volunteer with a  field kit. He said he hoped to explore the effectiveness of commercially available test kits next year.

Asked whether he thought Seneca Lake’s easy HABs season might be the beginning of a trend and that next year might be another light bloom year, he said:

“I’m a mathematician, so regression to the mean is a very strong thing. I suspect (2021) will be much more like average.”

1 day ago
A 30-year old non-profit environmental group that bills itself as the protector of Seneca Lake’s water quality is catching flak ... MORE 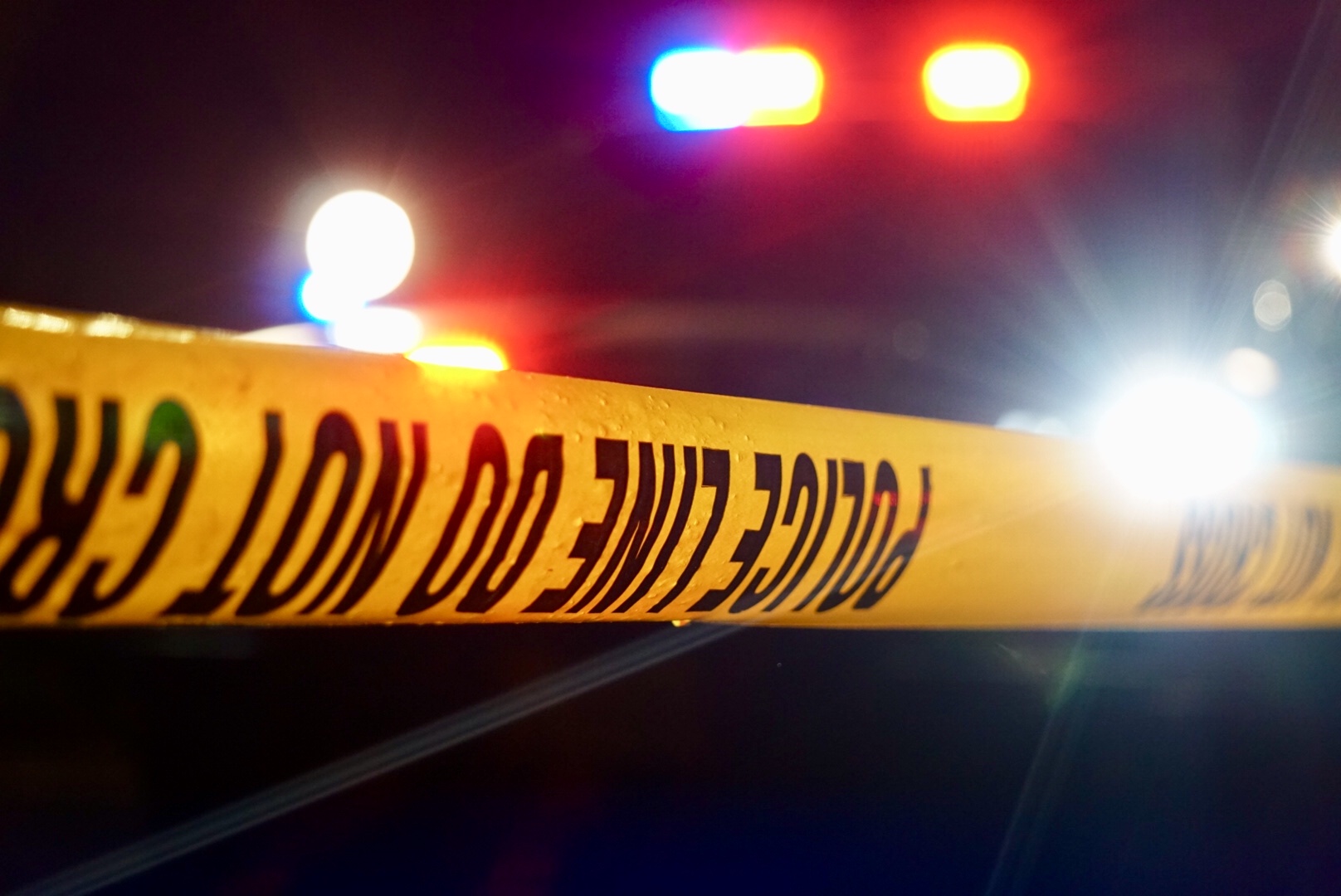 1 hour ago
Deputies say they investigated a two-car personal injury crash that happened in the town of Walworth during the late-evening hours ... MORE 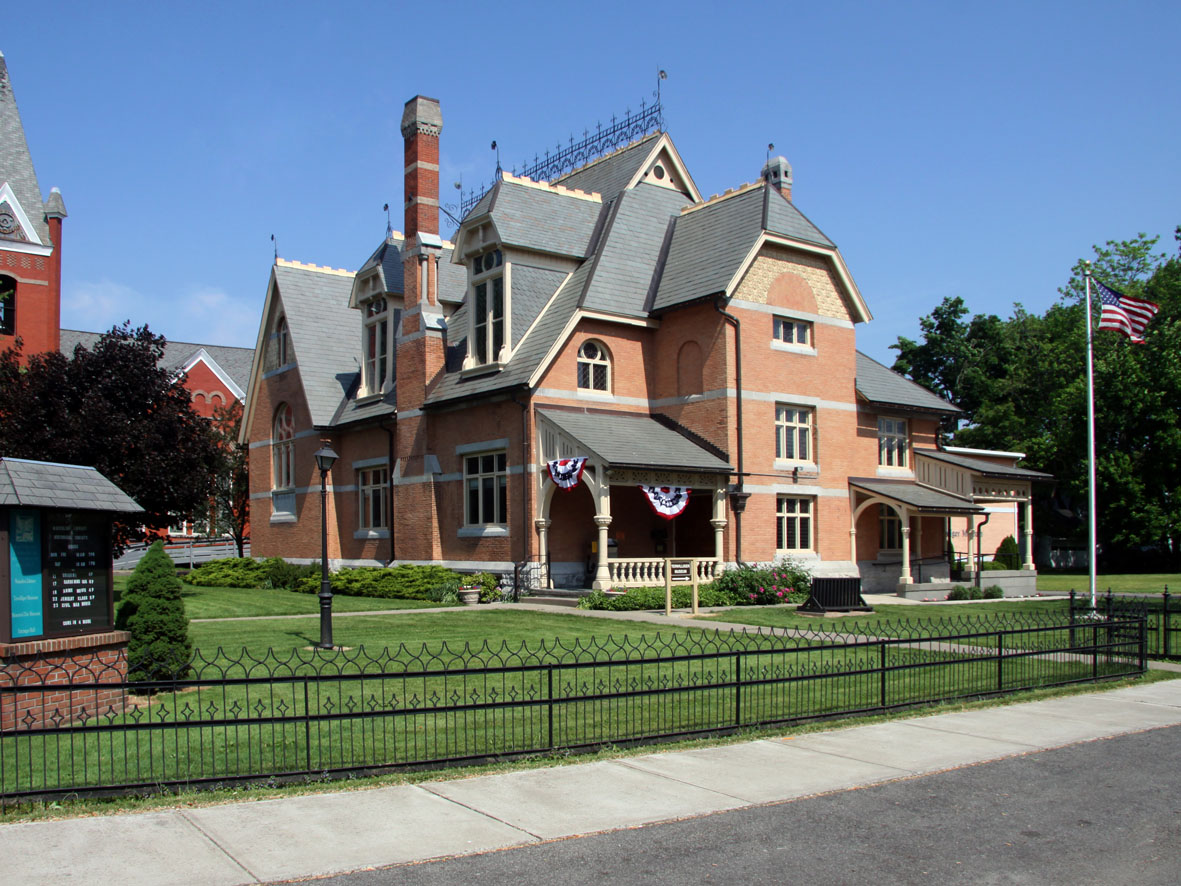 1 hour ago
A solid chunk of funding is coming to the Waterloo Library and Historical Society by route of Albany, thanks to ... MORE 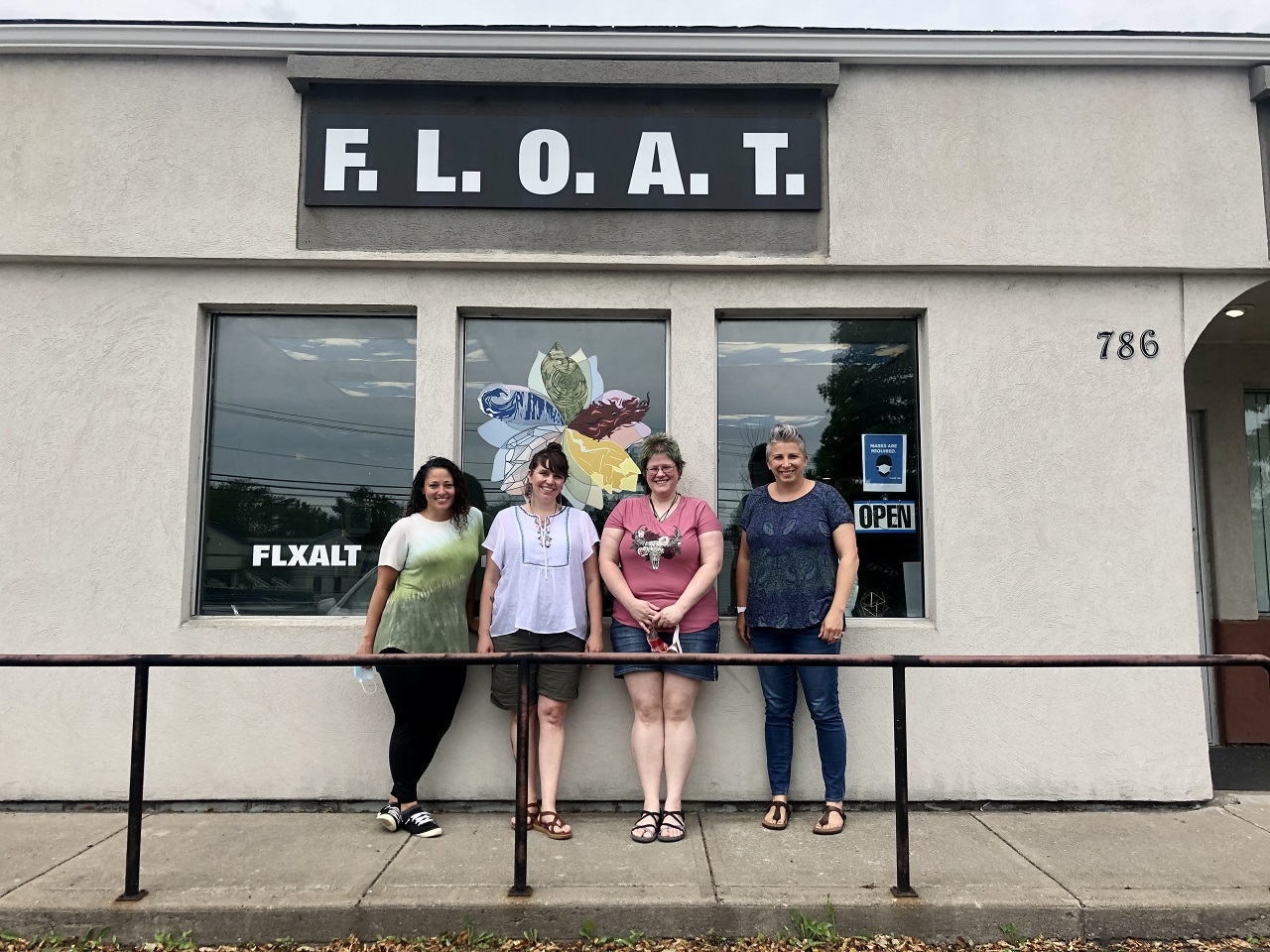 7 hours ago
With the pandemic winding down, many people are realizing they might need a reprieve when it comes to their mental ... MORE 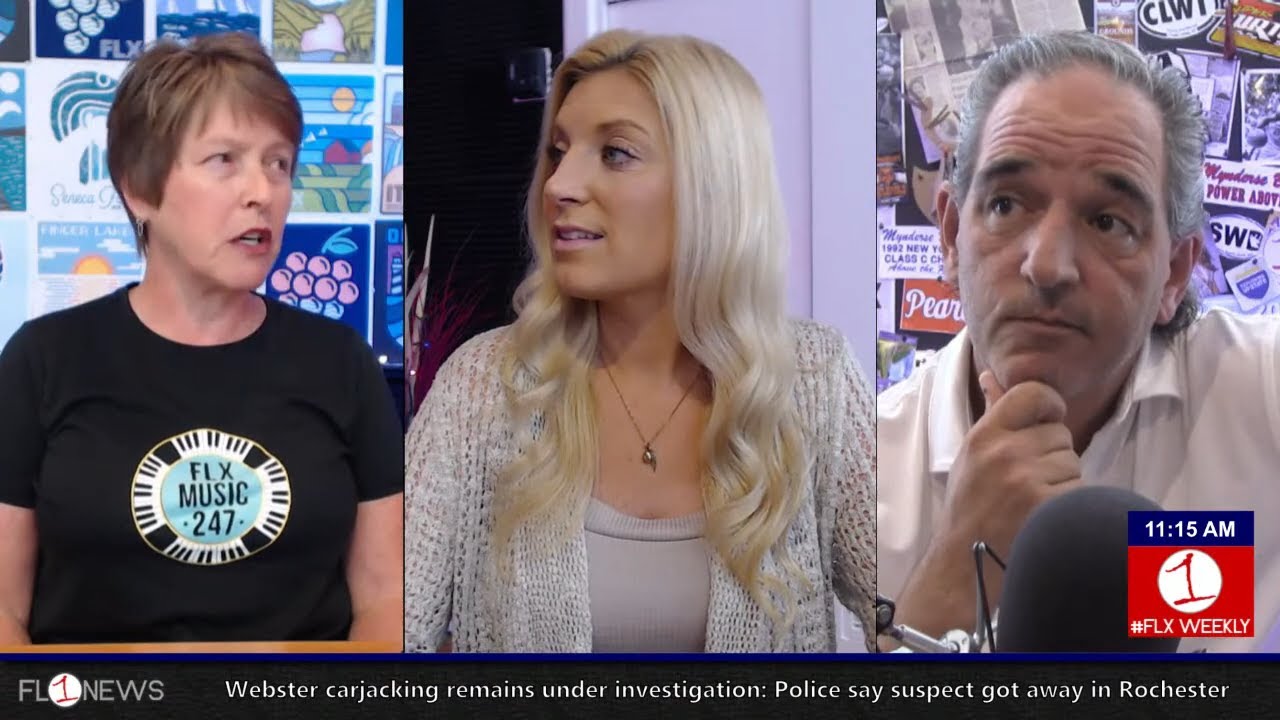 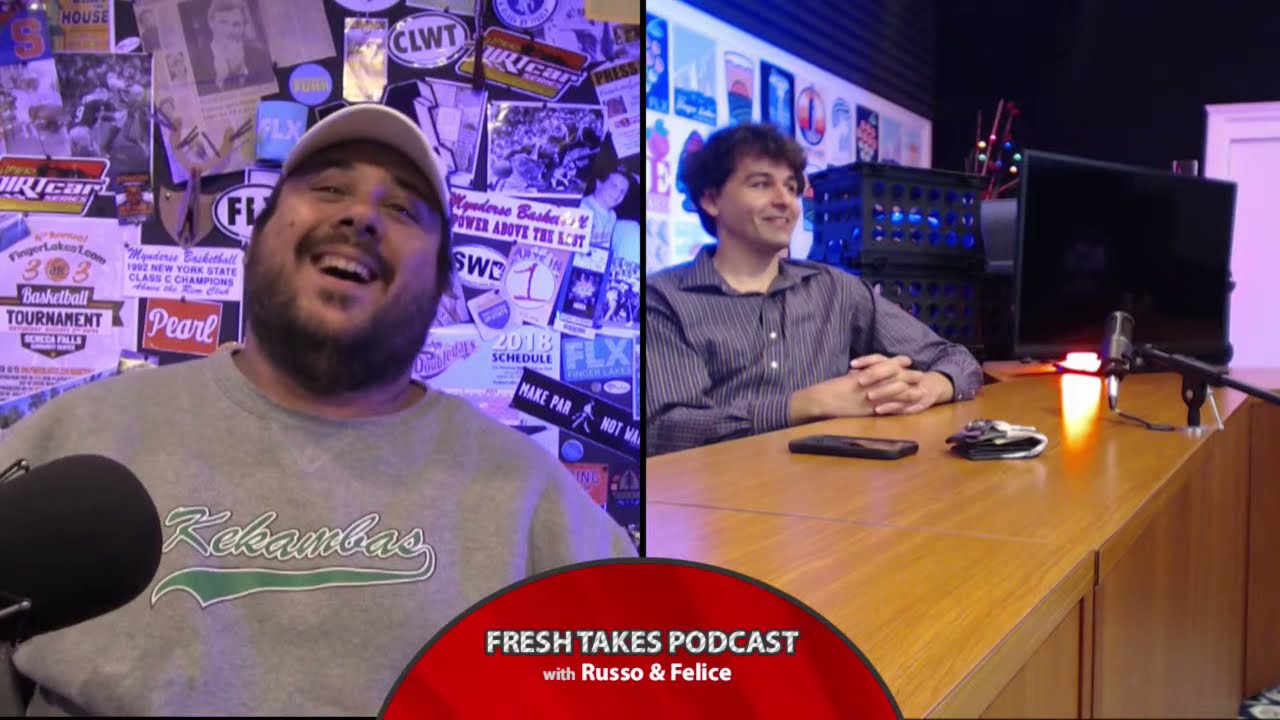