Olakunle Oladimeji, 53, always believed in hope for America, and his fiery belief has been rekindled just shortly after President Joe Biden’s inauguration in Washington, D.C. on Wednesday, Jan. 20.

Born in Nigeria, he emigrated from his home country to the United States by embarking on a journey that brought him to New York City. He became a high school computer science teacher, and never stopped believing in America’s potential for greatness, and preached that mantra as much as he possibly could.

Oladimeji even brought his own children with him to witness a historic moment, seeing former President Barack Obama getting sworn into office for the first time back in 2009.

What had been a first, later became a second, when Oladimeji returned to Washington in 2013 following Obama’s successful presidential reelection bid.

“I remember during the Obama inaugurations there were millions of people. They were dancing, they were singing,” he recalled.

They were also selling hats and t-shirts too. This time around for Biden, however, he found only one local vendor nearby the U.S. Capitol complex where he bought his Biden-Harris merchandise to bring back to his wife and family in the Big Apple.

After arriving in Washington on Tuesday, Oladimeji decided to stay overnight and left for New York City immediately after Biden’s inauguration officially wrapped-up.

Despite making the 200-plus mile trek, Oladimeji insisted that “you can’t find anybody, you can’t see anything,” except for all of the law enforcement officers scattered along every street and corner surrounding the U.S. Capitol and National Mall. 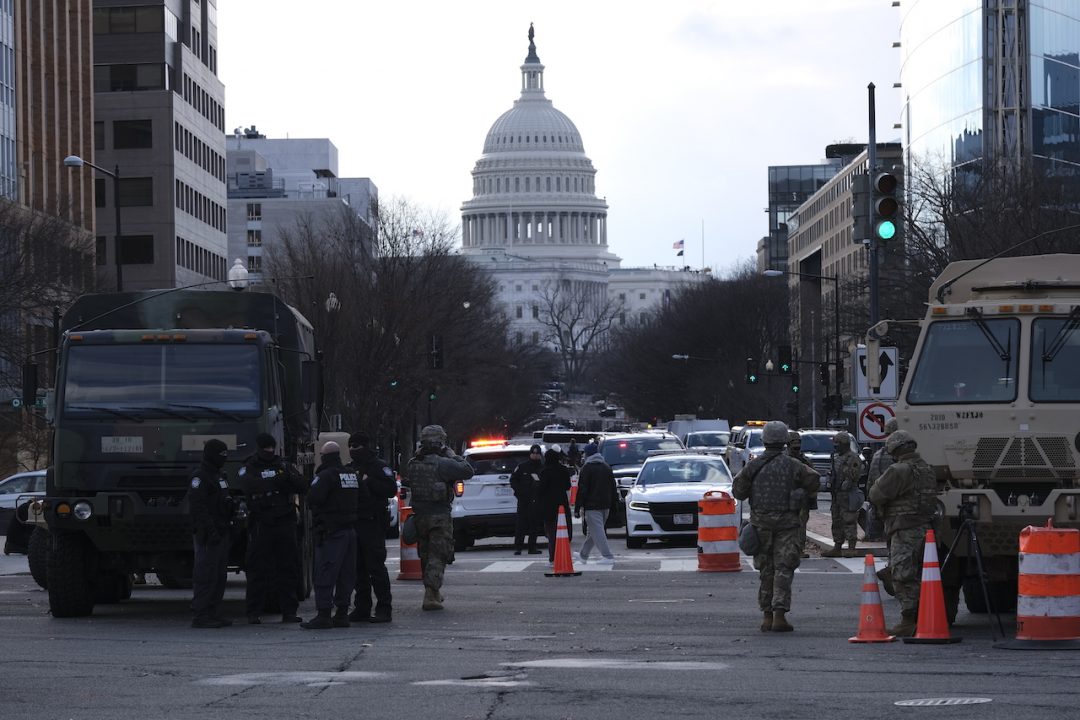 He still fondly cherishes those memories from the back-to-back Obama inaugurations that he personally attended, but openly passed on seeing former President Donald Trump’s inauguration live in 2017, and considered the last four years as “very rough” for America.

Instead of just simply running the country like former Republican presidents Ronald Reagan or George Bush Sr. did without issuing a barrage of verbal insults each day, Trump continually crossed the line far too many times and lacked a basic level of respect for anyone, he claimed.

It’s still surreal for him to recognize that Biden successfully succeeded Trump, claimed the Oval Office and became the 46th president of the United States.

“Nobody thought that Biden would get here,” Olademeji believed, after citing a string of early Democratic primary losses from last spring before eventually becoming the party’s presidential nominee in April.

He may be the oldest elected president to serve inside the White House at the age of 78, breaking the record that Trump previously held, but Olademeji adamantly believes that he’ll bring back a sense of hope, a sensation that he hasn’t personally felt since Trump started his presidential term.

In fact, he has already brought back a semblance of hope to Oladiemji upon his uninterrupted Inauguration Day in Washington.

“We know President Biden will do so much better, at least he’ll respect people, and if he doesn’t just leave people alone,” he explained, while tears bursted out.

In spite of coronavirus cases and deaths spiking during the recent winter months, resulting in the worst casualties of the pandemic to date and causing more than 400,000 American lives lost that were later honored by Biden and Harris on the eve before Inauguration Day, Oladimeji insisted that he still “had to come.”

“I had to come because Biden means so much for this country at this time. I’m very happy to be here today. There’s a lot of hope for me, and I can still dream,” he concluded.