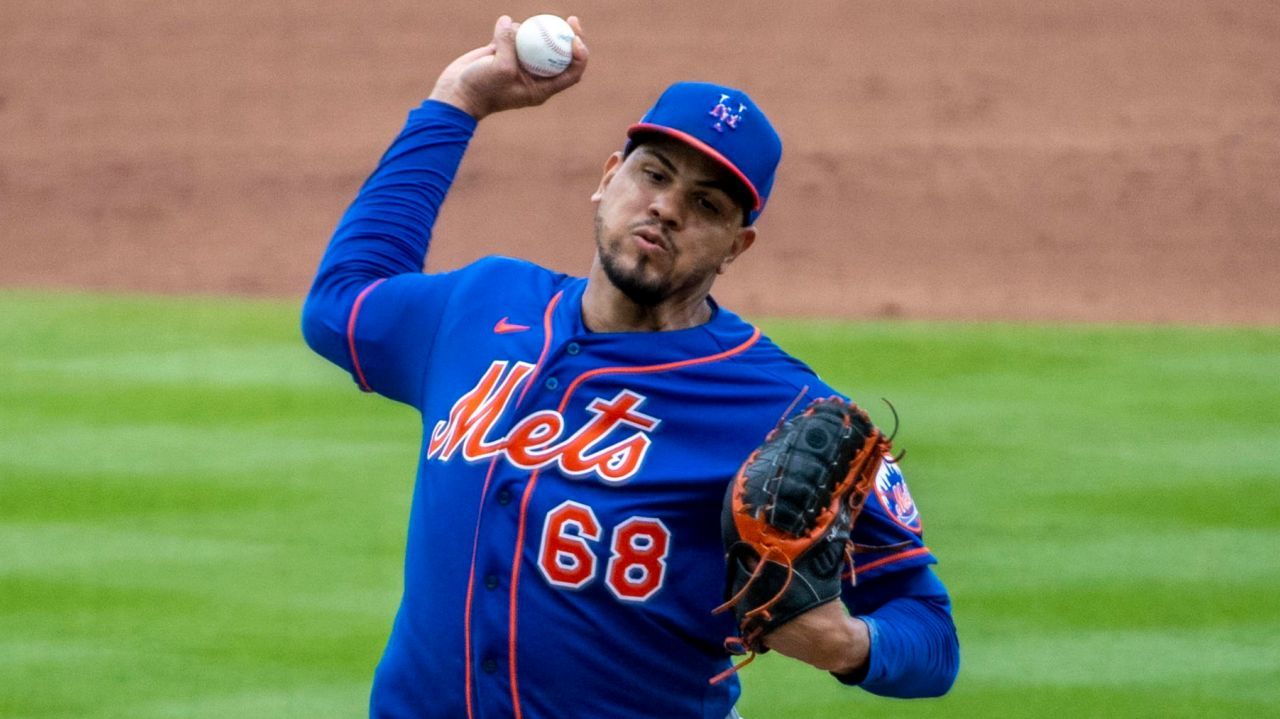 Dellin Betances’ disappointing Mets tenure continued on Thursday, when the team placed him on the 10-day injured list due to a right shoulder impingement. The team selected the contract of side-arming right-hander Trevor Hildenberger to take his place in the bullpen.

The move comes one day after Betances struggled in his season debut in Philadelphia, topping out at 93 mph and averaging 92 mph with his four-seam fastball. Those numbers were consistent with Betances’ spring velocity — and down from last summer, when he averaged 93 mph on his fastball and touched 97 mph.

In his prime, Betances was one of the hardest-throwing relievers in baseball, routinely registering fastballs in the triple digits. But the 33-year-old has been a shell of that over a season-plus with the Mets. Betances produced a 7.71 ERA in 15 games last year, spending significant time on the IL due to a strained right lat. He allowed one run in his 2021 debut on Wednesday.

“Obviously, in the past, I’d rely on the stuff I had,” Betances said last month. “I’m not there right now.”

Throughout Spring Training, Betances discussed the importance of learning to pitch effectively with diminished velocity. He spent the winter working out at a biomechanics facility in New Jersey, paying close attention to his release points as he worked to produce more “rise” on his fastball, rather than the lateral cut he had on that pitch last season. But the early results were not what Betances wanted.

Betances is guaranteed $6 million this season on the contract that former general manager Brodie Van Wagenen gave him prior to the 2020 campaign. He has a $1 million player option for ‘22 with a $500,000 buy-out.

Betances’ IL stint opened a spot for Hildenberger, who impressed Mets officials early in camp but found himself squeezed out of a crowded bullpen mix. The former Twins reliever appeared in only four spring games but demonstrated elite swing-and-miss ability, notching nine strikeouts in just 3 1/3 innings.

57 mins ago
Sheriff Kevin Henderson reports the arrest of a Cannadaigua man following an investigation into an incident that happened on January ... MORE