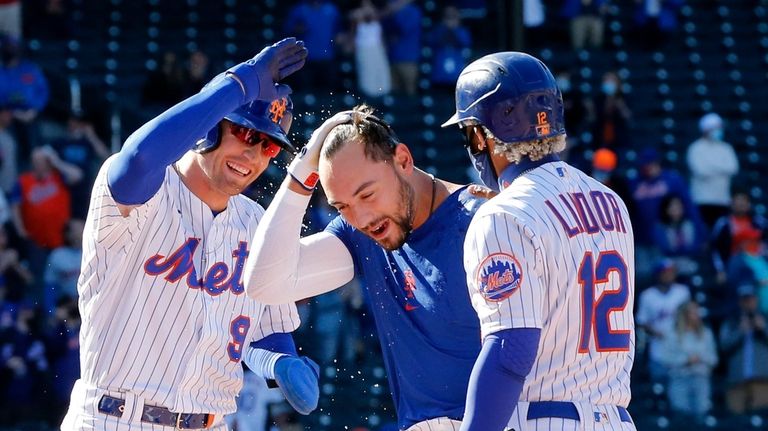 All it took for the Mets’ offense to break out was a birthday blast and a friendly lean of the elbow.

On his 29th birthday, Jeff McNeil hit a game-tying homer in the bottom of the ninth inning Thursday at Citi Field, and Michael Conforto followed with a controversial walk-off hit-by-pitch off Marlins reliever Anthony Bass in a 3-2 Mets victory.

The Mets struggled to score all afternoon against Nick Neidert and a trio of Marlins relievers. But facing a one-run deficit in the bottom of the ninth, McNeil led off with a homer into the second deck in right field. He became the 16th Mets player to homer on his birthday.

With one out, Luis Guillorme and Brandon Nimmo produced back-to-back hits to put two men in scoring position. The Marlins responded by intentionally walking Francisco Lindor to bring up Conforto, who had struggled throughout the early portion of the season. Conforto fell into an 0-2 hole before leaning his right elbow into Bass’ pitch. Umpires moved to review the play, and it was ultimately confirmed as the Mets celebrated on the field.

Mets win it on this walk-off HBP. Thoughts?