Bufo is a reliable name among the nootropic supplement industry, promising to boost your brain’s cognitive function and improve your concentration, memory, mood, and mental clarity. This popular nootropic leads a loyal fan base of users who swear by its potency and effectiveness, and we are here to do a comprehensive review of Bufo to discover whether it lives by all that it promises. 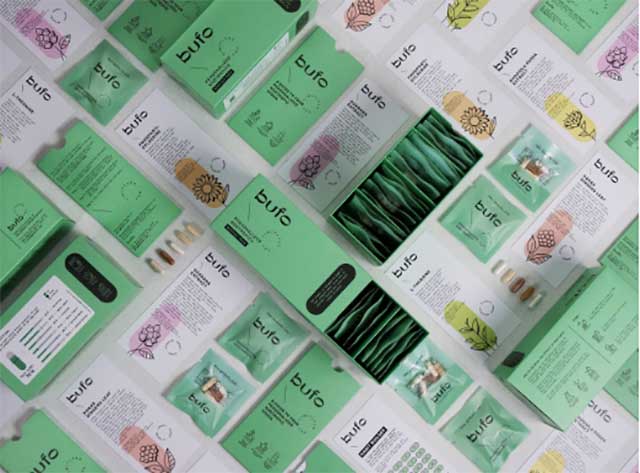 Let’s learn more about Bufo and its effects in this detailed review.

Bufo is a brain supplement made from all natural ingredients that promises to bring brain-boosting results that will unlock your potential focus, productivity, and drive.

Bufo’s all-natural components are designed to boost your focus, concentration, mental performance, and memory, while helping you handle distractions and procrastination. The formula uses established, research-backed nootropics like Rhodiola Rosea, Panax Ginseng, and others to yield its various benefits.

Bufo contains many well-performing, natural ingredients that are backed by scientific research for their effectiveness.In this review, we will look at all the Bufo ingredients and learn what they do to boost your brain health and cognitive performance.

Ginseng is one of the most popular and well-researched herbal medicines in the world. It has been used in North America and Asia for thousands of years. Ginseng is known for calming anxiety and boosting attention, concentration, and memory.

Rhodiola Rosea is an adaptogenic herb and nootropic that has been used in traditional medicine in Russia and Scandinavian countries for hundreds of years. Rhodiola Rosea is known for improving alertness, energy, memory and mood, is anti-anxiety and antidepressant, reduces fatigue, and boosts cognition and concentration.

Guarana is a plant that hails from The Amazon Basin in Brazil.  Guarana extract is considered to give a ‘smoother’ energy release than alternatives like coffee or energy drinks, with the effects lasting longer than traditional caffeine alternatives.

L-Theanine is a non-dietary amino acid found in green tea. It energizes without draining, calms without putting you to sleep, and motivates without causing jitters. Once it crosses your blood-brain barrier, L-Theanine balances  amino acid levels that affect serotonin, dopamine, and GABA, having an overall boosting effect on mood.

Phosphatidylserine (PS) is arguably one of the most effective and important nootropics we have available today. PS keeps our brain cells healthy and has a solid reputation for improving alertness, attention, cognition, memory, recall, and mood.

What are the benefits of using Bufo?

Bufo improves a wide range of vital cognitive skills; it sharpens your focus, increases your energy, helps you to get work done and kill long to-do lists, all while dealing with distractions, daydreaming, and procrastination.

Bufo is also an all-natural healthy alternative to pharmaceuticals like Adderall and Modafinil, energy drinks, or even coffee. The daily supplements are available at an affordable price and the research-backed formula is safe to use and currently there are no reports of any serious negative side effects.

How does Bufo work?

Does Bufo have any side effects?

For the most part, user reviews indicate that taking Bufo does not present any negative side effects. Bufo is considered to be a safe product because all the ingredients are natural and each have numerous scientific studies.  It is not, however, recommended to use this nootropic supplement if you are under the age of 18, pregnant, or breastfeeding. Users who suffer from serious health issues should be cautious and consult with their doctors before taking Bufo.

Where can I buy Bufo?

Bufo is available for purchase from the brand’s official website after completing a 2-minute quiz. A single box of Bufo contains 20 daily sachets and costs from 49.99 dollars. Compared to various supplementation competitors, this is an affordable price to aid the optimization of your cognitive function.

Overall, Bufo is impressive and performs in all areas that it claims. It is a promising nootropic supplement that contains several scientifically-backed ingredients to boost cognitive functions. The product also impresses with its effectiveness and safety profile.

It is recommended for healthy adults to improve their brain function, enhance focus and memory, and for those who have issues multitasking.